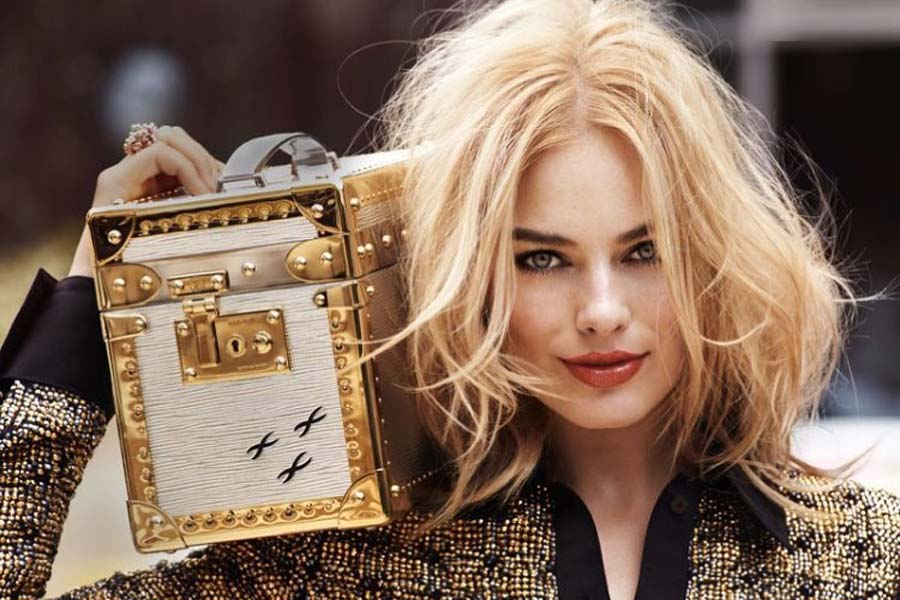 Margot Robbie is a famous actress and film producer. She is an Australian by nationality. She is the nominee of two Academy Awards and five Bafta Awards. The gorgeous star is also one of the influential people in the world and one of the highest-paid actresses in Hollywood. She has worked in some of the finest films in Hollywood and even in soap operas. The actress is also well known for her sense of humour and cheery personality. To know more about her see the information below.

Margot Elise Robbie was born in Dalby, Queensland on 2 July 1990. Her mother’s name is Sarie Kessler who worked as a physiotherapist and her father’s name is Doug Robbie a farm owner. She has two brothers and a sister. Robbie grew up in an area surrounded by farms. Her father separated from her mother so she raised Robbie and her siblings on her own. To help the finances of her family Robbie went to three jobs when she was sixteen.

She worked in a bar, cleaned houses, and also worked in a subway. However, the actress went to study drama at Somerset College. At seventeen years of age, she moved to Melbourne to pursue an acting career.

– The beginning of her career

In 2007 Robbie started her acting career. She acted in films such as ICU and Vigilante. Many directors found her acting skills impressive. The breakthrough role of Robbie arrived when she acted in About Time in 2013 a comedy film. This film got good reviews and grossed $87 million.

She also was a part of the excellent film The Wolf of Wall Street. She played the character of Naomi Belfort the wife of the character Jordan Belfort acted by Leonardo DiCaprio. Like Naomi, she displayed an exquisite presence on TV.

This film was a commercial as well as critical success. It got nominated for five Academy Awards. Robbie donned a Brooklyn accent for the film which got her lot of fame. She got the nomination for the MTV Award and received Empire Award for the Best Newcomer.

In 2014 Robbie began her own production company called LuckyChap Entertainment. In the year 2015 Robbie acted in the movie Focus along with actor Will Smith. Her acting talents made her the best actress because of her appealing onscreen presence in all the movies.

In 2017 Robbie acted in Goodbye Christopher Robin. Then she played as figure skater Tonya Harding in I, Tonya. For this role, the actress was one of the nominees for the Golden Globe Award for Best Actress and also the Academy Award for Best Actress. Then she became a part of historical drama Mary Queen of Scots and acted in it as Queen Elizabeth I. She then played the character of Sharon Tate in the movie Once Upon a Time in Hollywood alongside Leonardo DiCaprio and Brad Pitt. This movie is one of the important landmarks of her career.

She is famous for her acting in Suicide Squad as Harley Quinn and it was phenomenal. Along with other leads, she was able to steal the audience’s attention with her gleeful and humorous acting. She was the perfect match for the joker. Harley Quinn is a tricky character to play and most of the actresses will find it hard to perform but Robbie did it effortlessly. She is a natural actor.

Then Margot Robbie got inspired to showcase the character of Harley Quinn again in the movie Birds of Prey. She gave the idea of the Harley Quinn movie to Warner Bros. From 2015 she took three years on the project under her production company. The director of the film is Cathy Yan and it released in 2020. The film got lots of critical praise for the acting of Margot Robbie as the main lead.

There are plans for a New Golf Movie and Margot Robbie is going to be a part of it. This movie will showcase the journey of Hall of fame golfer Jan Stephenson. She is also going to reprise her role as Harley Quinn in Suicide Squad sequel.

Robbie married director Tom Ackerley whom she met on the sets of Suite Française in 2014. They wedded in a private function on Byron Bay, New South Wales. Firstly, they tried to keep their relationship secret from everyone because they knew that they are serious in the relationship but soon their friends found out. The couple resided in London at first but now they have moved to Los Angeles.

Her husband is also the co-founder of the production company LuckyChap productions. He is a great support to the actress throughout her successful career. He has been a part of the movies his wife acted such as Birds of Prey and the upcoming film Barbie.

Margot Robbie is twenty-nine years of age. She is a beautiful woman with blonde hair. She also has a good Australian accent. Her height is 168 cm and her weight is 57kg. The actress has attractive blue eyes. She is witty and smart. In a talk show, she said that she is a private person. The couple always keeps away from the paparazzi.

The Net Worth of Margot Robbie

Margot Robbie is an actress and a film producer so the cash and assets are always increasing. She is one of the highest-paid actresses in the world and some of the films she did grossed massive amounts in the box office. Her net worth estimate in 2020 is $12 Million. Although most of the net worth is because of her acting career, she is also doing some brand endorsements on the side.

She is the face of the new fragrance of Calvin Klein Deep Euphoria fragrance. She appeared in the advertisement for Nissan electric vehicles. The actress is also the new face of high profile fashion brand Chanel. As there are huge upcoming projects in store for the actress we can be sure that her net worth will be even higher next year.

Margot Robbie is a talented actress and most of the critics praise her performance in the movies even if the movie does not do well commercially. She is one of the finest actresses of the modern generation.