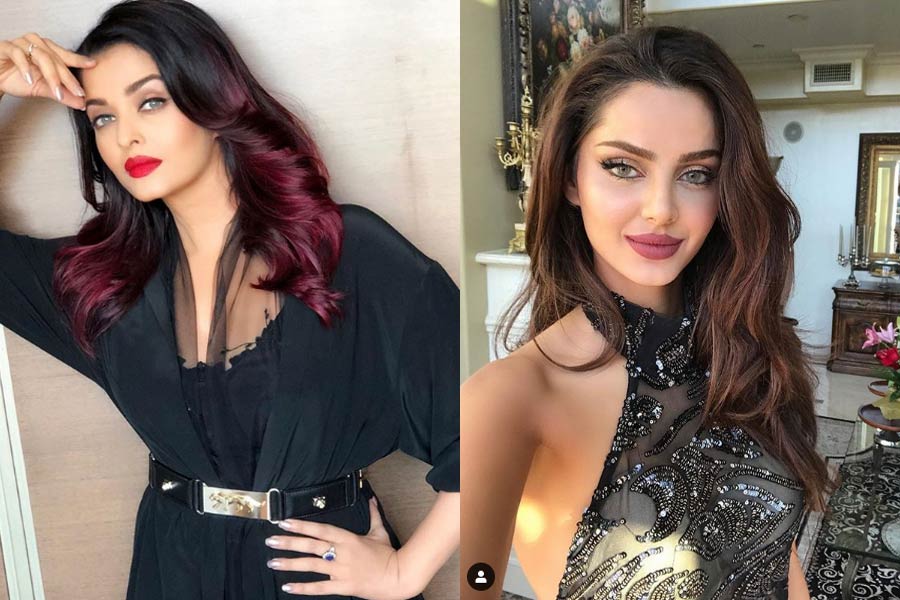 Undoubtedly, Aishwarya Rai Bachchan is one of the most beautiful actresses in the entire Bollywood family. Her blue eyes and sensuousness can make anyone fall in love with her in no time. However, netizens are freaking out because they have found her doppelganger in the Iranian model, Mahlagha Jaberi.

This gorgeous model has gone viral on the Internet because she looks similar to Indian beauty and ex-miss world Aishwarya Rai Bachchan. Let me tell you that this model, Mahlagha has an impressive fan following of 2.7 million on her official Instagram handle and she is definitely an unmatched beauty who looks the same as a blue-eyed Indian beauty.

Yes! This is shocking but true, they do resemble each other like they are twins but they not it is confirmed.

The model’s grey eyes and well-defined lips have left fans crazy due to the resemblance they both have.

Aishwarya Rai Bachchan is not the only actress in Bollywood who have found her doppelganger but other actresses like Jacqueline Fernandez and Anushka Sharma have also met their lookalikes.

A while back, gorgeous lady, Jacqueline Fernandez took to her social media to introduce her doppelganger with the world where she has posted some of her pictures also with her. She captioned those pictures by saying, “@amandacerny I think it’s about time you came visited me in Mumbai!!”

@amandacerny I think it’s about time you came visited me in Mumbai!! ?

Another Bollywood diva, Anushka Sharma who recently got married to her long-time love, Virat Kohli also took to the Internet when she found her doppelganger in American, Julia Michaels. She also had posted her pictures with her look alike.

Besides this, Aishwarya Rai Bachchan leaves everyone absolutely stunned and numb when she appears on the big screen in her sexy and bold avatar.

Currently, the actress is gearing herself up to make her appearance at the Cannes 2019. Also, she was supposed to appear in Anurag Kashyap’s next movie ‘Gulab Jamun’ along with her husband Abhishek Bachchan.

However, it is being rumoured that the two had dropped this project due to some creative differences. So, no one knows what’s gonna happen next and about their next film.