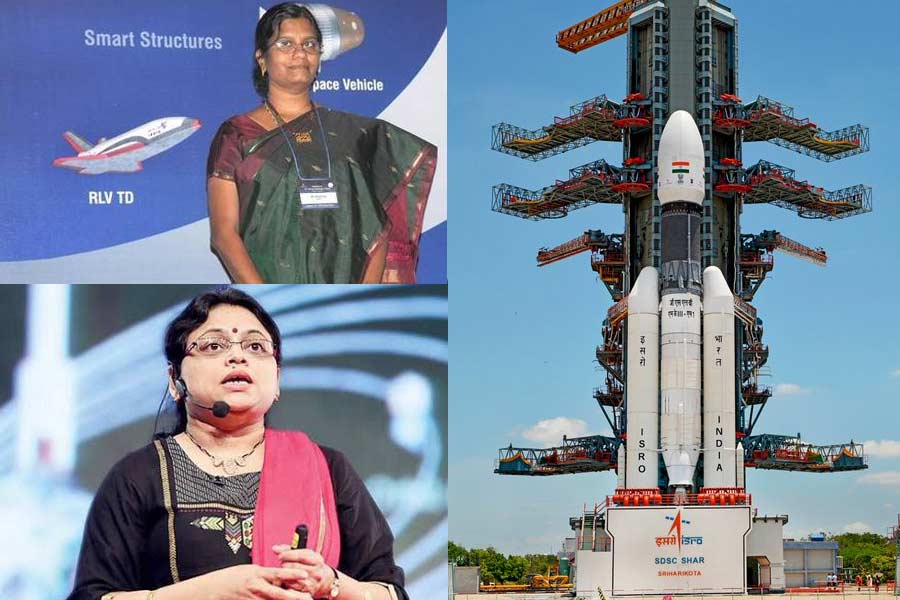 Space and its wonders are known to humankind because of some great scientist who gave us universal view and humankind was aware of the planets other than the earth. Ever since then, scientist across the world strive to come up with new theories and solve the puzzle or mystery named universe. It the similar approach, India also made its contribution to the world discoveries launched a mission to enter the space. In the past, we had made some technological advances to enter the space, and two of the most anticipated missions were accomplished by the help of brilliant Indian women. First the Mangalyaan and then Chandrayaan-2. Both the space missions happened because of these women and their team.

Meet Project Director M Vanitha and Mission Director Ritu Karidhal who make the second mission to the mood possible under their surveillance.

M Vanitha and Ritu Karidhal are the main women behind the launch of Chandrayaan-2. These ladies not just made the space mission possible but also made it clear to the whole world (and universe) that women are equally capable of achieving big goals. The whole mission was powered by women energy. ISRO chairman K Sivan said it in an interview that “It is the first time for a planetary mission where women are in charge. We have had women project directors for the launch of communication and other satellites.”

You can also read: 10 Most Beautiful and Intellectual Female IAS/IPS Officers of India

In this, all women project, Vinitha was responsible for inspecting the whole mission under her surveillance while Karidhal was coordinating among different agencies involved in the mission. Vanitha is an electronic systems engineer. She has also been a Deputy Project Director for data systems for Cartosa-1, Ocean sat-2, and Megha- Tropiques remote sensing satellites. In 2006 Astronomical Society of India awarded her Best Woman Scientist Award.

Ritu Karidhal, who is also known as “Rocket Woman of India”, is an Aerospace Engineer and had always dreamt to work for ISRO. She has served as the Deputy Operations Director at the time of Mars Orbiter Mission. She also received ISRO Young Scientist Award by Former President APJ Abdul Kalam, in 2007.

You can also read: How Indra Nooyi Inspired Me To Achieve My Goals

These two brilliant minds handed one of the most challenging missions, the mission of Chandrayaan 2. It is believed that mission Chandrayaan 2 aims to collect information on the rock formations and the possibility of water on the moon. The lunar south pole region (moon) has been the utmost region on the interest of the scientist as it has possibilities of the presence of water there.

With the return for Chandrayaan 2, ISRO will have a lot of scientific discoveries to its name that is much anticipated by the whole world. The entire Chandrayaan 2 project cost about Rs 1,000 crore.

You can also read: 7 Powerful Women Who Are Making a Difference

We believe that with such a great scientist in ISRO India will touch many milestones in the planetary discoveries. There are many more hidden secrets of the space that is yet to be discovered by us humans and by all means we need to know whatsoever is up there. With the success of Manglyaan and Chanradyaan 2, these women have made India doubly proud.

Indian at heart, Indian in spirit!

What would make every Indian overjoyed is the fact that #Chandrayaan2 is a fully indigenous mission.

It will have an Orbiter for remote sensing the Moon and also a Lander-Rover module for analysis of lunar surface.

Total number of 7500 visitors witnessed the launch live from the Viewer’s Gallery at Sriharikota
Here’s another view of visitors…#Chandrayaan2 #GSLVMkIII #ISRO pic.twitter.com/EqvZAYyIVU