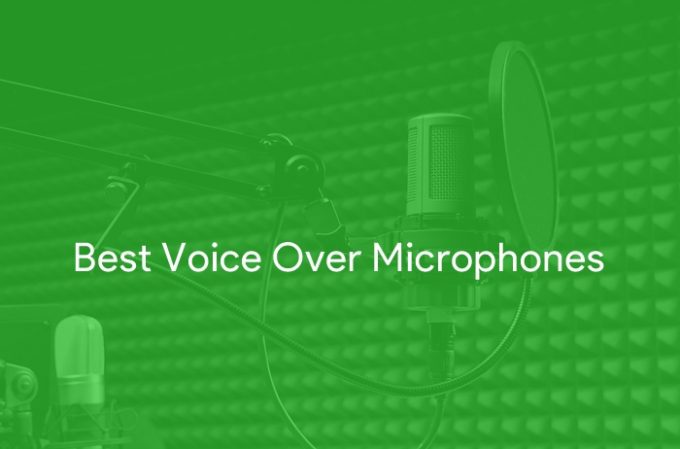 A microphone is a simple device that captures audio by converting sound waves into an electrical signal. This signal can be amplified either as an analog signal or may be converted to a digital signal, that can be processed by a computer or other digital audio device. Let us briefly discuss some of the types

They are most commonly used for live sound and known for their durability.  It’s the best option for the high volume levels of bass guitar, bass drums, and amplifiers. For optimal performance, this mic should not be placed more than one foot away from the sound source.  Or else, the result could be a thin sound with less color and clarity.  Some popular dynamic microphones are Shure SM57 and SM58;  Sennheiser 421 and441;  Electro-Voice EV PL80; and the Audio-Technica M4000.

They are most commonly used for recording lead vocal tracks, acoustic guitars, pianos, and live strings, the condenser is known for its ability to capture the smaller nuances of sound.  It has a very quick, accurate response as well as a clarity that cannot be achieved by other types of microphones easily.  While not as rugged as a dynamic, this mic is able of capturing a broader range of frequencies from a greater distance than any other type of microphones. Some popular condenser microphones include Shure KSM27 and KSM32;  Electro-Voice Bk-1;  Sennheiser MKH40 and MKH80;  and the Neumann KMS105.

It is known as the most fragile of the different microphone types, some sound engineers are hesitant to utilize this mic in any live setting for fear of damaging it.  Despite its lack of ruggedness, the effects and quality of sound from a ribbon microphone are very similar to those of a dynamic mic in the way that they tend to enhance the higher frequencies of the sound and perform better when placed within close proximity of the sound source.

If you aren’t happy with the sound quality you’re getting from your microphone, there are a few easy adjustments you can make so as to ensure you’re getting the best sound possible every time you record.

If you want to get the best possible sound from the mic, there are three main things to pay attention to while recording:

1. How far away from the mic you are

Two to six inches away from your mic with a pop filter in between is the correct spot for most mics.

2. What your input gain level is set to

You can control this either on the mic, your audio mixer or interface, in your computer’s audio settings, or in your recording software. Try to get peak input levels coming in around -12db, or 75% of maximum on your input gain meter.

3. How much background noise and echo there is in your room

Quieter rooms with fewer hard surfaces will surely give you cleaner sound.

If you try all of three things and you still aren’t happy with the sound quality, it might be time to upgrade to a high quality lavalier microphone.

1. Choose a mic that fits your sound and style

Which model you choose to use will either enhance or detract from the sound of your voice. You can choose from a range of voice-over microphones. If the mic doesn’t suit the personality of your voice, you can instinctively tense throat muscles in an attempt to compensate for the electronic alteration. Some mics have more power than others and are best designed for loud bands like dynamic mics while others are more sensitive and appropriate for intimate settings like condenser mics.

2. Think of the mic as part of your voice

Consider the mic part of your voice and your monitor speakers as an extension of your ears. Rather than pushing your voice through the mic instead think of the mic as reaching to you to receive and amplify your voice.

3. Hold the shaft of the mic, not the head

It may look cool, but holding the head of the mic can actually muffle the sound of your voice and risk electronic feedback squeal through the PA.

4. Know how to angle the mic

Incorrect mic placement filters out important tonal characteristics and ultimately results in an inferior sound. Sing into the center, that is at the “nose,” of your mic not the side nor across the top of it.

Mics respond differently depending upon how close or how far they are from your mouth when singing loudly or softly. A mic will pick up a fuller quality of your voice best when your mouth is positioned one-half to one inch away from it. Turn your head slightly to the left or right of the mic when singing louder or, pull the mic slightly farther away from you and then back as you decrease your volume.

Your audience wishes to understand what you’re singing. If you keep moving your head away as you taper the end of your phrase, your voice will drop out of the mix. Keep your mouth directed to the mic through each phrase when you sing.

Emphasizing most consonants will lead to disruptive pops and hisses. Think of your consonants as requiring the same amount of air as the subsequent vowel sounds. Vowels ARE the sounds of your voice and consonants are the rhythmic articulation of your voice.

So, these were some tips listed above to improve your sound quality over a mic.