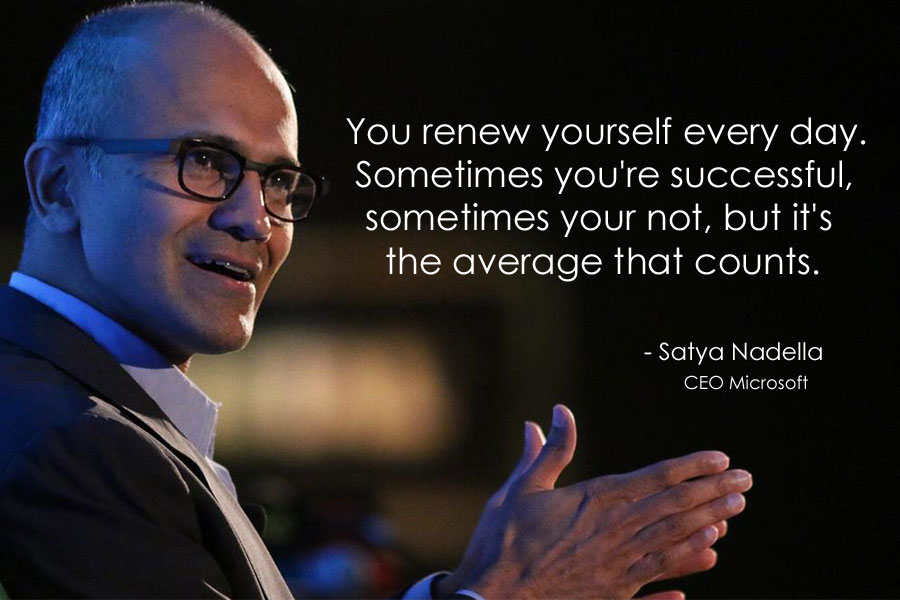 Microsoft’s Chief Executive Officer (CEO), Satya Nadella has occupied the top position in Fortune’s Businessperson of the year 2019 list which was released by the American business magazine, Fortune. It has ranked the business leaders based on the challenges they have faced in running their organization. Nadella was not the only Indian who was present on the Fortune’s list, there were two more Indians i.e. Mastercard’s CEO, Ajay Banga who got the 8th spot and Arista head Jayshree Ullal who took 18th spot. They both were also among the top 20 Businessperson of the year 2019 besides Nadella.

“In a year dominated by political chaos and bluster, it was a rare brand of steady – even quiet – leadership that won the day in the business world. And no one epitomizes that brand of obsessively results-driven, team-based leadership more than our new No. 1 Businessperson of the Year,” Fortune said.

Fortune commented on Satya’s dedication and execution at Microsoft

Fortune comments on his hard-work and dedication towards the company, Microsoft. He’s neither a founder like Bill Gates, nor a big-personality sales leader like the predecessor, Steve Ballmer, but it’s his sheer hard work that brought him to the CEO’s chair in 2014.

Fortune also told that Satya Nadella never took training on Finance which is an important training ground for other CEOs. He fought the competition within the Microsoft well since his joining in the year 1992.

Satya is the name behind Microsoft’s success

Satya took over the position of Microsoft’s CEO in February 2014. That was the time when the company was not doing well. Their smartphone business wasn’t going good and consumers were not happy from their performance despite being innovative.

Satya made some noteworthy changes after joining the company

On joining the company, Satya has changed many things to bring the company’s growth back on track. Since then, the company is showing considerable growth by generating good revenue.

We wish all the best to Satya Nadella for bringing the significant change to Microsoft and congratulate him on gaining the top spot by standing out from the crowd.