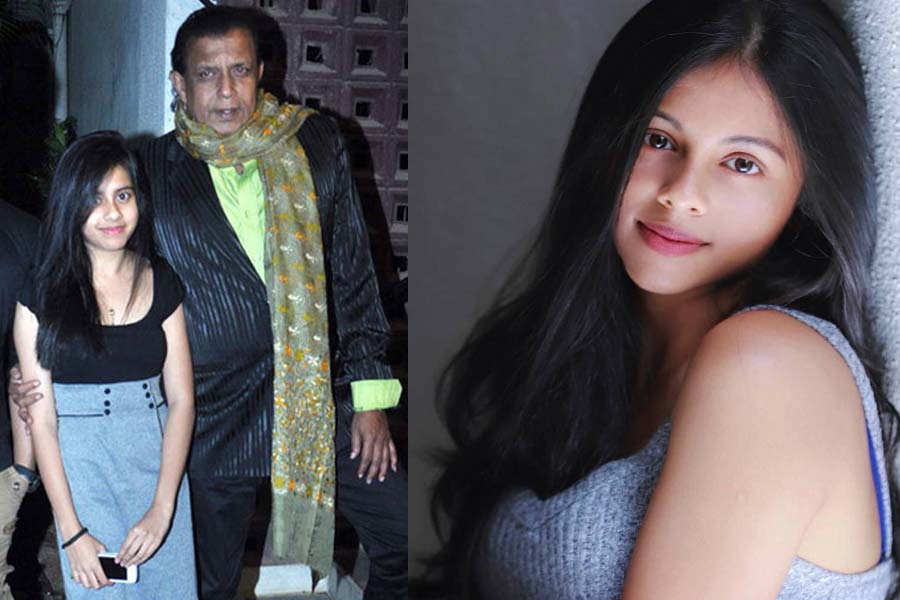 Mithun Chakraborty is one of those popular names in the whole Bollywood that needs no introduction. If you are also a big fan of him, then you must have grooved yourself on one of the famous songs ‘I am a disco dancer’. Besides this song, he also has made his outstanding appearance in many movies which became an upper hit then and also in some of the popular TV shows like Dance India Dance Lil Masters on Zee TV. I must say he looked hotty back then when he was young and he inspired many of us from his fabulous acting and dance performances. But do you know about him that he also has adopted one kid who is all grown up and now is making her way to enter the world of Bollywood?

Want to know more about her? Scroll down.

Mithun adopted Dishani in the 90s

The actor, Mithun Chakraborty has adopted a beautiful girl, Dishani Chakraborty who was rescued from a garbage bin. She will be soon making her debut in the Bollywood movies and we all are waiting to see her. Mithun has adopted her in the 90s. There is an interesting story behind this. Let’s check out.

She was found lying in the dustbin

So, Dishani who is now an adopted daughter of Mithun was found in the garbage bin after getting abandoned by her family. It was her luck that people notice her after passing from there and reported to the media about her weak condition. After getting this news, many NGOs and few government officials tried to rescue the infant.

Mithun’s wife Yogita also expressed her will to adopt her

After knowing about the whole situation, Mithun was deeply touched and he expressed his desire to adopt her. Not only had him, but his wife Yogita Bali also supported him in his noble endeavor. Even Yogita started liking the baby and stayed up the whole night to complete all the paperwork to adopt her. She said, she couldn’t wait to hold the baby in her arms.

Dishani is the most beloved child among other 3 children

Do you know she is the most pampered child in her family? She is not the only one; she is the youngest among the other three siblings-Mimoh, Ushmey, and Namashi. She is also pursuing an acting course at the New York Film Academy upon expressing her interest to enter in the Bollywood industry. Those who don’t know about who Dishani is. Have a look at her social media profile which is creating buzz between all of us. Did you know her Instagram account has over 30,000 followers which are not less?

In the society of today, where people believe in female foeticide or discriminating against females. Then there are humans like Mithun who is breaking all the stereotypical mindsets who think like this. I think he did a wonderful job of adopting this girl who is so beautiful. Hats off to you Mithun Da!