More Power to Salman Ali, Wins The Title of Indian Idol 10 with The Cash Prize of Rs.25 Lakh 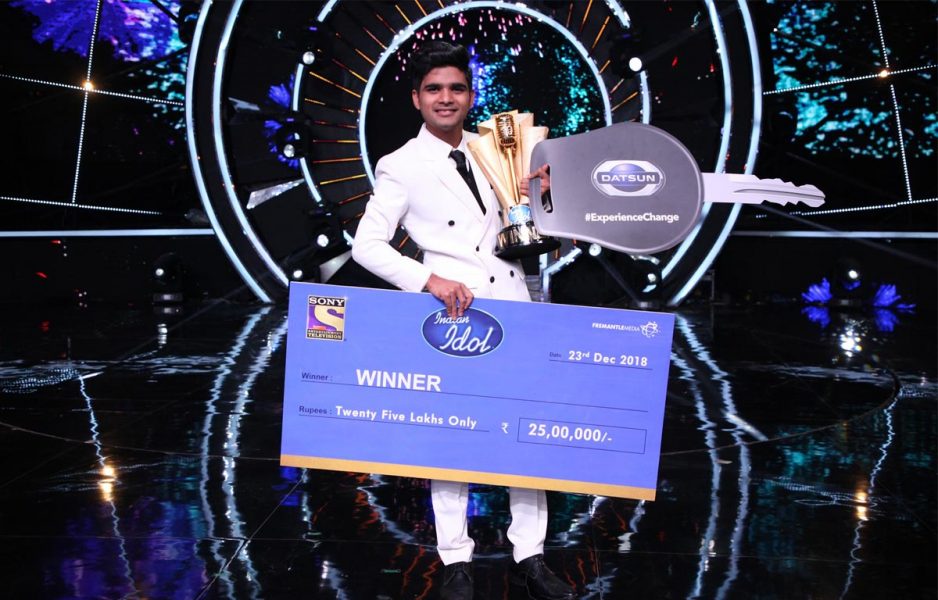 Indian Idol 10 winner: Salman Ali, won the reality show and left behind Nitin Kumar, Ankush Bhardwaj, Neelanjana Ray, and Vibhor Parashar. Not only did he have the prestigious title but also a humongous prize amount of Rs. 25 lakh and a Datsun Go car.

Indian Idol season 10 comes to an end with the announcement of the season’s winner. Salman Ali won the show after stiff competition with the four other finale contestants Nitin Kumar, Ankush Bhardwaj, Neelanjana Ray, and Vibhor Parashar.

Ankur Bhardwaj stood second and Neelanjana Ray stood as the second runner-up. The two got a cash prize of Rs5 lakh each. However, it was a game changer as before the announcement of the winner all the bets were on Nitin Kumar.

The contestants sing a beautiful medley of his songs, and @iamsrk can’t help but join them on stage. #IndianIdol pic.twitter.com/6t2dOQH0Hw

The finale had an outstanding presence of the two judges Vishal Dadlani, Javed Ali and Neha Kakkar along with the cast of film ‘zero’, that is Shahrukh Khan, Anushka Sharma, and Katrina Kaif. The winner was decided on the basis of live voting for the day.

Very emotional moment here What is there more kindly and beautiful than the feeling between host and judges
we love u all this season is epic – thank u ..#Indianidol @VishalDadlani @ManishPaul03 @iAmNehaKakkar @javedali4u @SonyTV pic.twitter.com/zQUIXUmriI

The evening was star-studded and had a beautiful performance from the red-hot Neha Kakkar. The finalist paid tribute to the evergreen Shah Rukh Khan for completing his 25 years of Cinematic journey.

One hit song after the other! RT if you are dancing along with @iamnehakakkar! #IndianIdol pic.twitter.com/lsjz7ekpA0

The sweetest gesture came from Vishal Dadlani for the host Manish Paul as the judge played a video showing Paul’s showbiz journey via a video. Manish was totally overwhelmed by the gesture and thanked the judges for their sweetest gesture.

Shah Rukh Khan made a grand entry on the sets by riding a rickshaw with his co-actors. Anushka Sharma and Katrina Kaif. The show also had Kiku Sharda who was there to promote his upcoming show The Kapil Sharma Show and Shilpa Shetty and Geeta Kapur announced the beginning of their show Super Dancer.

Such groooooovy songs! Which song were you dancing along to? Tell us in the comments section below #IndianIdol @VishalDadlani pic.twitter.com/FlqWwx12rP

However, the talented singer even before winning the title has recorded a song for the blockbuster movie Sui Dhagga starring Varun Dhawan and Anushka Sharma. The singer hails from Mewat, Haryana and due to his financial conditions, he could study only till ninth grade.

The singer has a versatile voice but his grip over Sufi music is soul stirring. Well for this singer this was not the first show as he had earlier participated in the Sa Re Ga Ma Pa Lil Champ and was the First Runner-up.