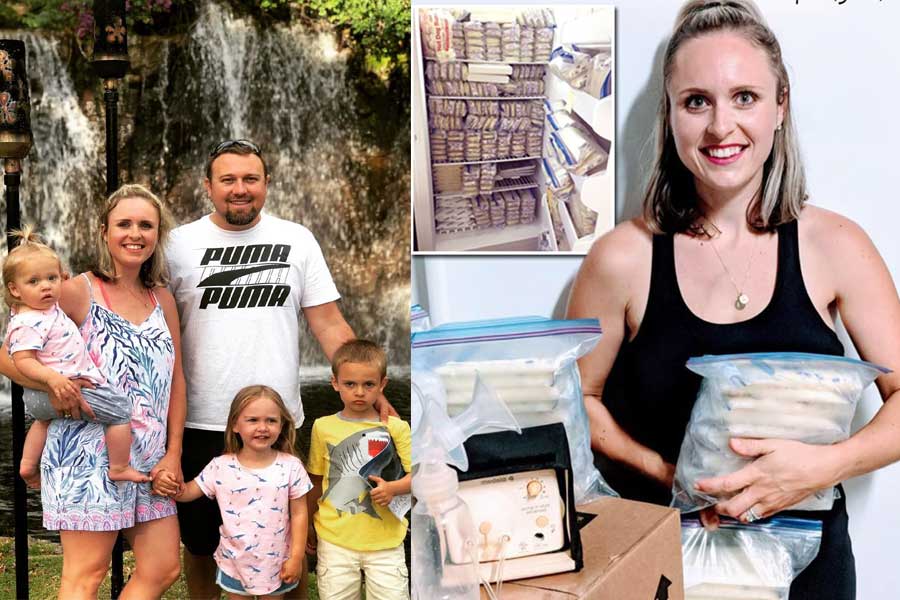 A mother from California named Tabitha Frost is doing a great job. She is suffering from hyper lactation which means she can produce three times more milk than the average mother could. What’s more wonderful is that she is helping other mothers who can’t produce this much milk to feed their babies. Until now, she has donated approximately 15,000 ounces i.e. more than 117 gallons of milk and she has donated all of it.

She loves serving other mothers this way

She loved her idea of donating her overproduced milk to other moms who can’t feed their child properly due to one or other reason. She says, “I’m happy to help,” Frost, a blogger from Carlsbad, California, told “Good Morning America.” “I do know of certain people who have had their babies prematurely and their milk hasn’t come in yet. I see this as my way of being able to serve my community.”

Frost is the mother of three children. She recalled that when her second child was born in 2016, a nurse at the hospital has commented on her higher milk production level.

She is suffering from hyper lactation syndrome

She can produce overabundant milk due to the hyper lactation syndrome which is the rare condition found in a very less number of women.

Frost used to be a nanny as well as a preschool teacher. She started to search where she could donate the excess milk that she produces. Se pumps every three hours and it has become a full-time job for her as when she doesn’t do this she gets a clogged duct or mastitis.

She says, “My routine doesn’t stop whether I’m on vacation, I’m not feeling well, or if I’m lacking in sleep. I’m always doing it.”

She pumps wherever she requires… Even at the restaurant

The zeal to help other moms those who are in need makes Frost goes on and on and that’s why she doesn’t stop or take a break from this duty. She has pumped even in restaurants, on vacation, on airplanes and even at a concert during a date night with her husband, Nick, 35. The funniest among the rest is the museum. She told. Even her husband supports her in doing this thing and he is fine if she does this at public places.

Keep up the good work Frost. She is indeed doing a great job and nothing could stop her from doing this nothing as it has become her usual routine and she loves helping other moms this way.

Five Steps To Build Resilience Through Our Discomforts