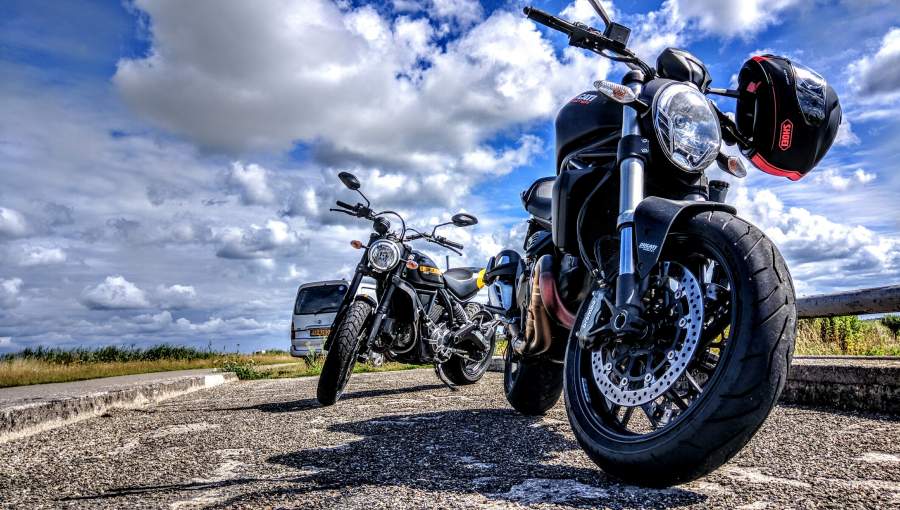 The motorbike could well be the environmentally friendly transport of the future. Numerous vehicle manufacturers have dabbled their hand in sustainable vehicle innovation but, according to TechCrunch, BMW look set to claim the crown for a carbon neutral motorbike that can still hit 120mph. Whole vehicle design is pairing with crucial sustainable technology to make the motorbike a perfect vehicle for the future, and a credible way to get around for everyone from students to adults driving for the first time.

The most promising technology leading the way with motorbike innovation is 3D printing. According to design mag Dezeen, a fully 3D-printed motorbike is already the reality, where every part bar electrical circuits have been 3D printed. What’s most impressive about this development is the potential for customization.

According to the designers, with development, the technology will allow for completely eco-friendly design without compromising on aesthetics. Owners of both new and used motorcycles will be able to apply their specifications and use them as a blueprint for something that looks great while also doing a favour for the planet. This will help to broaden the market and create a product that is truly attractive and customizable.

While electrically powered bikes are the ideal situation, there will be occasions where that power is taken from fossil fuels, effectively moving the problem of emissions sideways. In India, a company has created an AI-powered bike that will plan routes to the best of its ability using big data. As a result, that’s much less time spent driving where energy can be saved, and much less time spent running the engine in traffic or encountering difficulty.

Apart from making the driving experience safer and more enjoyable, this will create a net reduction in emissions. The impacts of fewer accidents will also reduce the carbon footprint for all of the vehicles and agencies involved when road accidents occur.

The biggest impact that small and efficient motorcycles may have is through the ripple effect they cause. According to British climate advocates Environmental Engineering, there are estimated to be 100m light vehicles by 2020 – scooters, motorcycles, and the like. They estimate that this will help to vastly reduce emissions and, crucially, change attitudes.

The freedom offered by two-wheelers in urban environments and with regards to overall well-being in their environments is thought to be able to have a rub-off effect on other drivers and influence future benefits. With technology advancing with regards to charging – Californian Zero Motorcycles boast a charger that can bring a vehicle from 0 to 95% charged in an hour, according to the Verge – these vehicles will become more widely accepted and favoured.

A motorbike is already a great option for the inner city, and with the advent of electric vehicles, gas guzzling is gone and replaced by efficiency. Paired with new technology like AI and charging improvements, electric motorcycles will become viable for a far wider range of consumers. They are the ultimate vehicle for tomorrow’s world.