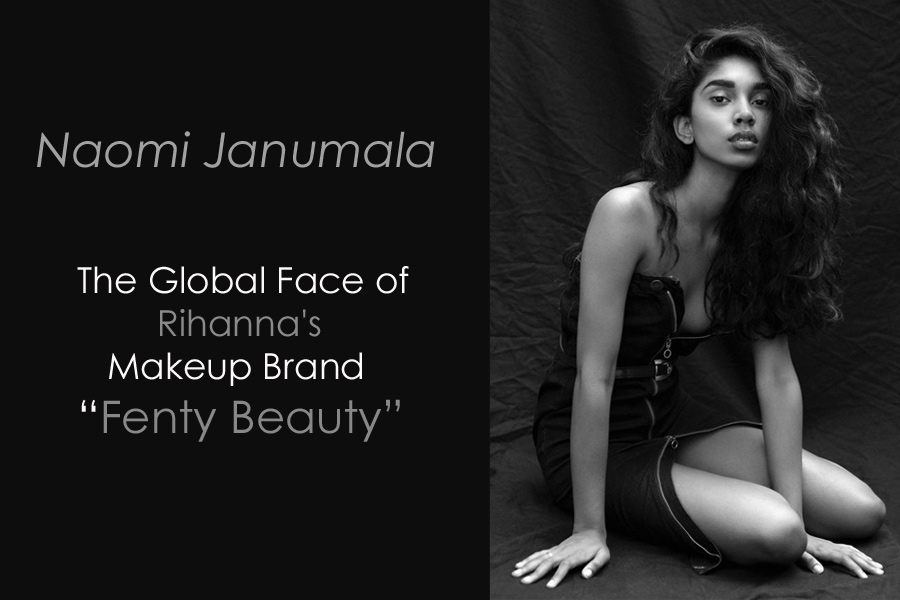 Everyone knows and love pop singer Rihanna for giving us unbeatable hit songs. But ever since she launched her luxurious makeup brand FentyBeauty, she became even more favorite among her female fans. Fentybeauty soon became an international luxury makeup brand and hasn’t seen a single failure ever since it came into existence. But this time it’s not the beauty brand or Rihanna who is making the headlines.

Recently Rihanna’s beauty brand picked up its global face, and that global face is a 19 years old Indian model Naomi Janumala. The 19-year-old has been making headlines and flourishing internet ever since she is announced to be the global face for Fenty beauty.

Not only that, young and beautiful Naomi has something in common with Bollywood too, let’s find out.

According to the source, from past couple of days 19 years old Indian model Naomi Janumala has been making headlines and posts about her are hitting the internet for all good reasons, there is a lot of noise on social media also about the newly fortunate model who became the first Indian model to become the global face of Rihanna’s very own makeup brand, Fentybeauty.

Naomi Janumala is an Indian model who has been modeling for big brands such as H&M, Adidas, Alexander Wang, Levi’s and American Eagle. But being a global face for such a big cosmetic brand is sure a huge step forward in her career.

Currently living in Berlin, Germany, Naomi has been lucky enough not just to make it to the campaign but also because she got a golden chance of being photographed by pop singer Rihanna herself.

Naomi is also known for her Bollywood connection. She is the daughter of comedian Jimmy Moses and the niece of Bollywood’s one of the best-known comedian and actors, Johnny Lever. However, Naomi made a name for herself in the fashion industry by her talent and beauty.

The luxury cosmetic brand has been in existence since September 2017, it is well for its broad inclusivity and the foundation Pro Filt’R. Fentybeauty received so much recognition and success as soon as it was launched. In 2018, the brands’ calculated revenue was about $ 570 million.

Fenty beauty has always propagated that the brand is created for everyone. For women of all shades, cultural, attitudes, and race. Rihanna signs the statement on the website of FentyBeauty. It seems that the brand stands true to its statement and this is why it chooses Indian model Naomi Janumala, who is bold, beautiful and shade brown.

Check out her Instagram page for her bold and beautiful pictures from her shoots. She is very active on Instagram and shares a lot of hot and steaming images of her modeling.