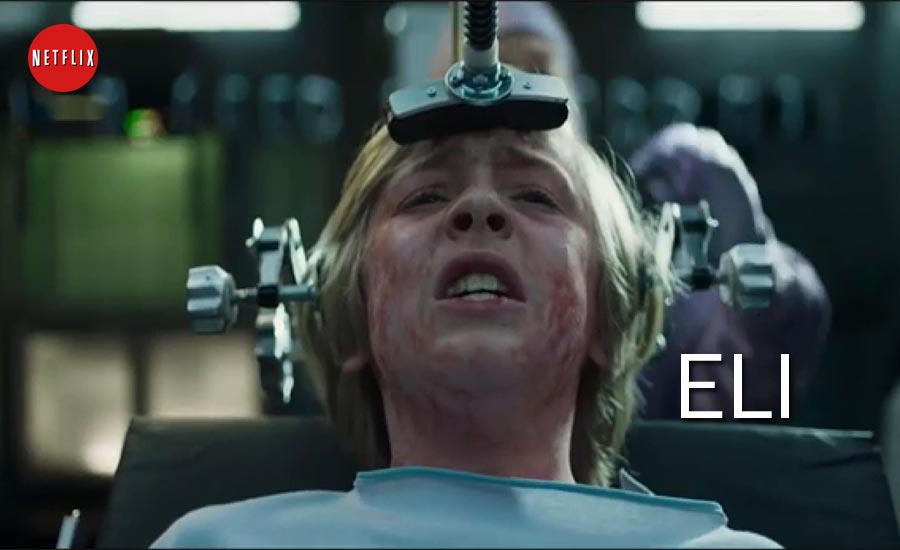 Netflix never disappoints with the content that it brings to us. Every day we get to watch something and exciting too which keeps us hooked with it for days on weekends, especially. If you keep the love for watching something creepy and horrifying, ELI is for you. I am sure this will not disappoint you in any way and you will get to know about it on your own when you finish watching it. Now, Netflix has done its work of scaring its viewers again and now it’s your turn to see the real drama behind it and experience the fun of horror it has.

Netizens are going mad after watching this mystery and have different reactions to it. Scroll down to know more –

Want to know the story behind it?

The horror drama, ELI is the story of a young boy whose name is Charlie Shotwell. He becomes the victim of a mysterious and unknown illness that separates himself from the rest of the world. His parents Kelly Reilly and Max Martini have tried almost every option to treat him. After getting no results, they leave everything in the hands of his doctor, Lili Taylor which was only the last option left for Eli which could meet his hope.

Eli was undergoing serious treatment to cure him; he begins to be haunted by the experiences that make him question who he can trust and who he should not and what is going secretly inside his house.

The movie has received shocking reactions

After watching this horror drama, fans have left shaken and surprised by the scary and chilling scene in the movie. Have a look at some of the reactions of the netizens shared on social media?

Just finished off watching #EliNetflix. Movie was great until the last half an hour where it took a 360 turn in the plot. What the fuck did i just watched? pic.twitter.com/JFnla7mboF

SO I just watched #EliNetflix and holy crap that was just awful. It started interesting, by the time I started to get bored I was too far in, my curiosity made me finish the movie and boy was it a shitty movie. And the ending, hello????

Most of them have appraised the movie I mean who keep the love for watching horror movies. While some of them who don’t like to watch horror drama has written,

I’m about to sue @netflix!! Got me in here watching an exorcism movie and I didn’t know until the freaking END!!

Do you know how fast I turned my TV off?! Had me in here like pic.twitter.com/1utaMkhAii

Even others have claimed that they are seeing demons out of the corner of their eyes after watching the film.

Literally I got a notification today at 1 about the movie #EliNetflix and I just watched it with my roommates and holy SMOKES this movie is so good. It’s so well thought out, and well planned. I need a second movie NOW. So many twists and plots but they fell into each other. Wow.

Just finished watching #EliNetflix and I’ve never seen a movie where the writer got that bored halfway through that they just throw in the devil and call it a day. It all started so well too ?

So, if you haven’t watched the movie go and get the goosebumps right away.