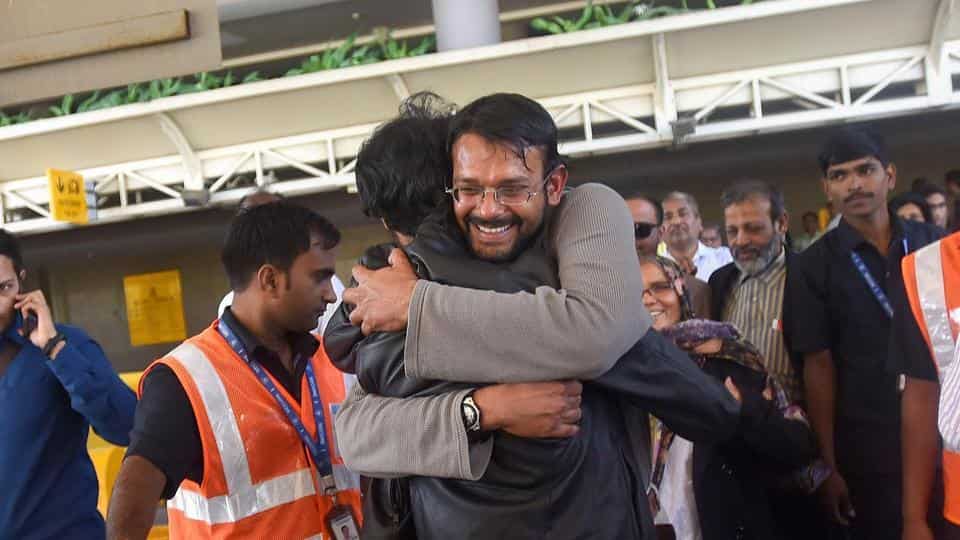 After the long wait of 6 years finally on Thursday Hamid Ansari returned back to his home. He had left India in the fateful month of November 2012 to meet a girl he had befriended in Pakistan through Facebook. He was arrested in Pakistan as he was trying to illegally enter the country through Afganistan.

As they reached the fourth floor of their Versova flat on Thursday morning, a ‘welcome’ sign was seen hanging outside for Hamid, the neighbors of Hamid did it. With Sunshine smile, Hamid entered his house, for the first time.

The 33 old engineers have learned a life lesson and are also imparting the same to others is ‘Never fall in love on Facebook’. The other piece of information or lesson learned for life is that

“I learned this lesson that one should never hide anything from their parents, even if they scold you. I should have never been swayed by emotions. There is a legal process for everything and I should have followed it,”

The IT engineer and a management graduate left India on November 5, 2012, to take a job in the Kabul airport in Afganistan. Thereafter he entered Pakistan illegally after he had fallen in love with a Pakistani girl on Facebook.

He was arrested by the Pakistani military in Kohat in November 2012 on the charges of spying, he was sentenced for imprisonment in the Peshawar Central Jail for 3 years on December 15, 2015. He was released from the jail on Tuesday.

The whole incident shook him and he was disturbed and the uncertainty of the fact that will he be able to return or not scared him the most. He prayed regularly. He then got access to a lawyer and Human Right Activist and got the information that his parents are also trying to get him free.

Jab Hamari sarkar convinced thi ki Hamid Ansari begunaah hai, to bharosa Aaya ki ab main Ghar jaunga (When our government was convinced that Hamid Ansari is innocent, I was confident that I will return home),” he was totally unaware that he was supported by so many people. He wants to get over the past memories as they were nothing less than a bad dream.

He further commented that this is his second life and presently his mindset is not sorted, he wants to know to stabilize mentally and emotionally and then find a job for himself.

Hamid will not retire from Facebook as it is wastage of life and he has wasted six years of his life and now wants to get back on track.

The moment of his returning was totally overwhelming and his brother Khalid Ansari a dental implantologist said it was a very emotional moment for the family and his brother was very happy to enter his bedroom and see all his belongings there.

The External Affairs Minister Sushma Swaraj had helped the family to get him back. Fauzia (59) still remember that after the 2014 elections she hoping that Swaraj gets the Eternal Affair ministry as soon as she got the department they went to meet her in Delhi.

She recalled people were there to meet her with flowers but she just had tears in her eyes. She gave her the letter and appealed to her to look into the matter and help her.

MLA Krishna Hedge said what helped to get Hamid back was the tireless efforts that they put in for the legal documentation of the process.  “Six years ago, I got another Gujarati boy back from Pakistan. The Ansaris came to me after reading about him,” Hegde added.

Advocate Majeed Menon had helped the family and he said that “Fauzia and her husband have been meeting me for six years. In late 2015, several advocates from Peshawar had come to Mumbai, and I introduced her to advocate Qazi Muhammad Anwar. He went out of his way to help her and located Hamid in Peshawar jail.”

The case shows still humanity thrives as the lawyers across the border did not charge a penny for the case and today that Hamid has been released and is in his country is because cross the border also there are many people who had made selfless and diligent efforts.