by Shivam
in Biography
5 min read
0 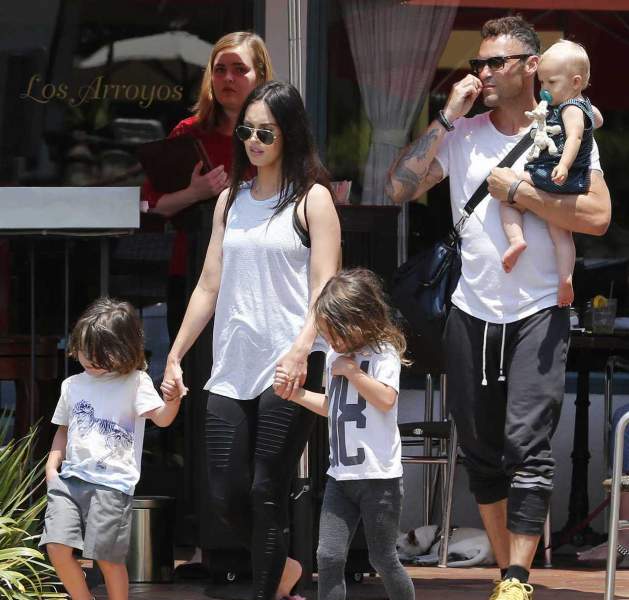 Noah Shannon Green is the first son of celebrity parents Megan Fox and Brian Austin Green. He has two younger brothers Bodhi Ransom Green and Journey River Green. He also has a stepbrother named Kassius the child born to his father’s previous partner Vanessa Marcil. The meaning of the name Noah gets derived from the Hebrew name meaning rest and comfort. As Noah is the child of celebrity parents from a young age he is in the spotlight.

Here we have gathered all the information about him. Have a look at it here.

Who are his parents?

Noah Green’s birth date is 27th September 2012 and his birthplace is the US. His mother Megan Fox is a well-known actress and a model. Some of her best roles in the film are Mikaela Kanes in Transformer sequels and April O’Neil in Teenage Mutant Ninja Turtles and more. As the actress has acted in many sexy roles many consider her as a sex icon. She is also often compared to the famous actress Angelina Jolie. Her birth date is May 16, 1986, and she hails from Oak Ridge, Tennessee. Now she is thirty-four years old.

Noah’s father is Brian Austin Green. He is an American actor, rapper and producer. He became famous for his portrayal of David Silver in the television series called Beverly Hills, 90210. Moreover, he also acted in Terminator: The Sarah Connor Chronicles, Anger Management, Wedding Band and more. His birth date is July 15, 1973, and his birthplace is Los Angeles, California. Now he is forty-seven years old. He was previously engaged to Vanessa Marcil with whom he has a son named Kassius Lijah born on 2002. But he ended the relationship with her in 2003.

On 2004 he met Megan Fox and started to date her. They were at the beginning hesitant to start a relationship because of the age difference. But Fox said that she was responsible and mature enough so they started a relationship. Then on 2020 Green and Fox decided to end their relationship after ten years. Fox started a relationship with Machine Gun Kelly. Now Fox has filed a divorce with Green. They will try to raise their kids together and share custody.

Why is Noah famous?

Noah is becoming famous because of his new interest. He is wearing feminine garments and prefers to style his dresses. He got fascinated with clothing. Megan already has shared how her boy appreciates her wearing unusual kimonos in the house. It takes Noah a lot of time to get dressed for school as he likes to look different. Fox is also aware of how her son fancies peculiar fashion styles. Although many may not accept Noah’s fashion sense, Fox and Green have a broad mind.

They give their kids the freedom to choose the styles of clothing they like. They are not imposing restrictions on their kids on what to wear and what not to wear. Noah is a four-year-old kid so Fox thinks that he should have fun at this age. So other’s opinion of her kids is not affecting her.

Noah Shannon Green is a celebrity kid who is turning eyes at such a young age. Like his mom, he has a keen interest in fashion.

Lola Iolani Momoa is a celebrity kid. Her parents are none other than Jason Momoa and Lisa Bonet. Also, she...

Harper Seven Beckham is a famous child of a celebrity. She was born in Los Angeles California on July 10th...