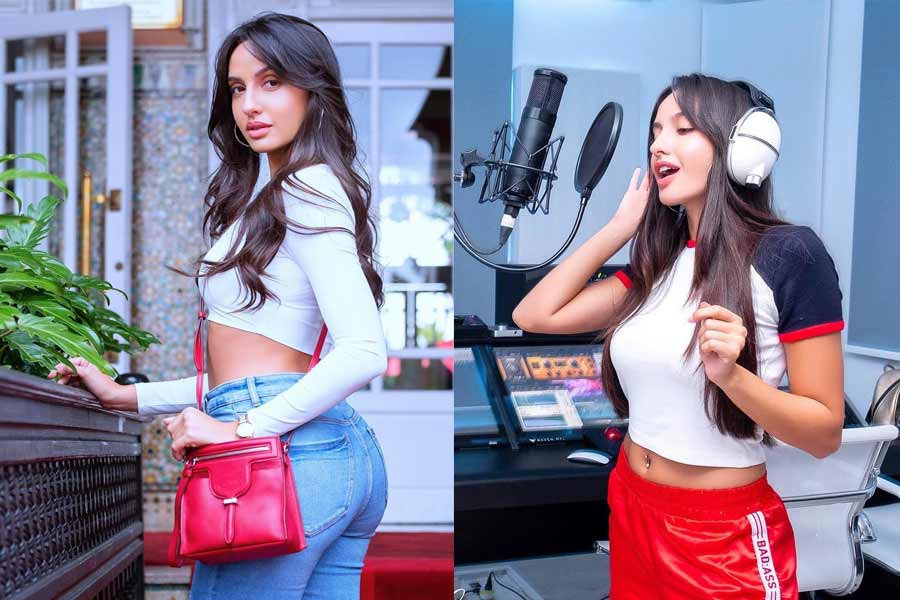 Nora Fatehi who has become the ‘Dilbar’ song sensation is doing very well in her Bollywood career now. Since her childhood, she aspires to become a famous Bollywood actress and somehow she managed to achieve that. Not only her ‘Dilbar’ song moves got famous, but also she has performed a very impressive role in the movie, Batla House. Recently she was also seen in the hit songs with a hotty, Vicky Kaushal which has become a huge hit. In an interview with Indiatimes, she spoke about her success.

She says, getting an opportunity to work with an actor like Vicky Kaushal is very crucial for her career growth:

She feels very delighted to work with one of the very talented actors of the Bollywood, Vicky Kaushal. She said that I am just working really hard and appreciating the kind of love and support given to me. It is driving more to do a lot. The success of Pachtaoge means a lot to me. She feels happy that people are accepting him in new and different kind of roles as this was not a dance number, it was more like performance-oriented acting and working with actors like Vicky Kaushal is making me more ambitious to do more.

She was confident about her success, but didn’t know when and how it will come:

As she is doing good these days now, when asked about her sudden success, she said that she has always maintained positivity in her struggle. I always knew that my time will come one day but wasn’t knowing when and how. She feels happy that her acting has got a lot of appreciation in Batla House from the audience.

You can also read: The success story of Urvashi Rautela

She tells how her failure and rejection has motivated her to move a way forward. I never felt demotivated whenever got failed. I am happy that I have many friends who were there with me to support and giving confidence to me.

She was asked that if she fears being a typecast

She said that she doesn’t fear being a typecast as she has been offered a very different role in Street Dancer with Shraddha Kapoor and Varun Dhawan in Batla House. She further says that she wants to do different kinds of role and want to produce and make her own content in the near future. She wants to grow further, that’s why she is also collaborating with international artists as well. Moreover, she also desires to work in Hindi Cinema as well. For this, she is also learning the Hindi language.

One of the very talented actors of Bollywood today, Shahid Kapoor is her role model who was once a background dancer and now a great actor who is liked by everyone. She says, if someone is given the opportunity to do more, they try to excel and give their best performance. She says that she wants to work and grow further with actors like Ayushmann Khurrana, Rajkumar Rao, Tabu and Madhuri Dixit who are great in their field.

You can also read: Mouni Roy Turns Up The Heat With Her Casual Look by Wearing A Powder Green Strapless Maxi Dress