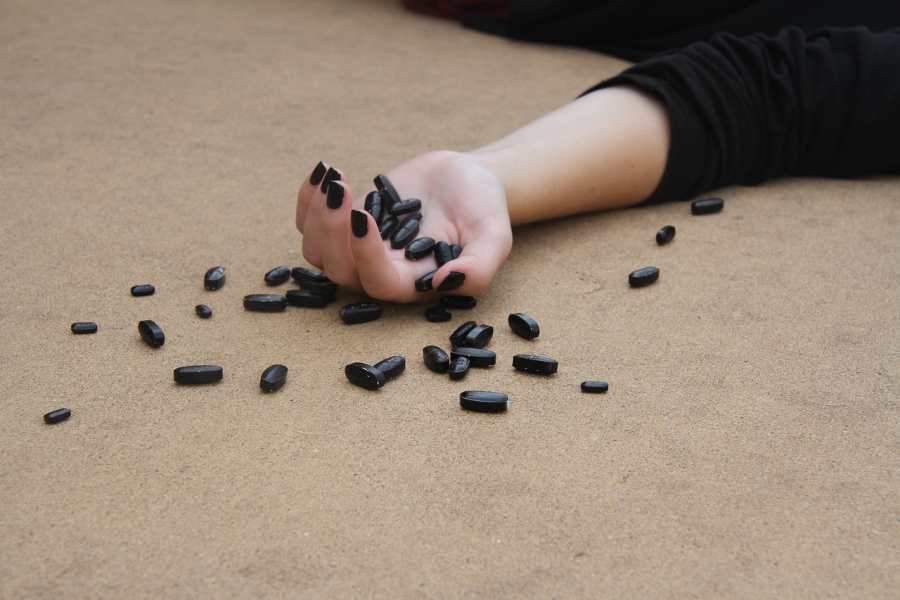 An overdose of risk: The data collected there are used in the approval process at European and German authorities, although the trial participants in Russia and Eastern Europe are not nearly as well controlled as Iris Wiegmann. This is dangerous for the people who volunteer for the drug trials.

“Why are all the big pharmaceutical companies pushing for their tests to Russia, to Ukraine, to the former Soviet Union? The answer is: it’s easier, it’s cheaper, but above all, you can trample on patient rights,” says Artyom Golovin, chairman the All-Russian Multiple Sclerosis Society, a patient organization for MS patients in Russia.

Golovin is sitting in a small cafe in the center of St. Petersburg. He has been suffering from multiple sclerosis for 13 years and looks after patients all over Russia. For years he has been watching clinical trials go on there. What he says sounds outrageous: ethics committees that supposedly exist only on paper.

Corrupt doctors, who allegedly act only out of greed. Patients being pressured – people like Natalia Morozova. Just outside of St. Petersburg, where the old tsarist villas are rare and prefabricated buildings dominate the cityscape, Natalia Morosowa gets out of her car.

The 50-year-old sighs stick the stick in the snow-covered earth, it is only with difficulty. It’s ten, maybe twenty, steps from the parking lot to the front door of the apartment block. On bad days a challenge for the early retiree.

Fortunately, the lift works today,” she says. Natalia Morosowa lives at the top, on the twelfth floor. She opens her apartment door, shuffles into the back room. It’s tight in her full living room. Since she can no longer work, she shares a two-room apartment with her mother. Natalia Morosowa’s pension is the equivalent of 200 euros.

She limps to the closet, digs out a file folder, sits down on her sofa bed and leaves through her medical history. More than 100 pages, almost all consent to clinical trials. Testimonies of hope – on temporary health. Again and again, Natalia Morozova reads from the folder before, study by study, year after year. Once she falters. In the middle of the sentence, her finger on the line, she stops reading. “There are things you do not want to think about,” she says softly.

Natalia Morosova’s medical history began at a time when Russia was still part of the Soviet Union, 30 years ago. She was in her early 20s and a sports student when she was diagnosed with multiple sclerosis. The doctors gave her interferon, today a standard remedy in MS. It will help her, they said.

Soon she would feel better. What the doctors of the young woman did not say: Interferon was not yet on the market at that time. Neither in Russia or anywhere else in the world. Natalia Morozova participated in an experiment. The patient became an involuntary subject.

“I did not realize until much later that I had participated in a study,” she says. “I trusted my doctors, I thought they would do what would be best for me.”

Leaning from study to study

The interferon helped. However, it was discontinued after two years, the test was completed, and Natalia Morosowa got a new drug – again an investigational drug that was not yet approved. This time, the doctors told her she was in a clinical trial – and she agreed. From then on she shuttled from study to study. Not all medications helped, some already.

She had a good time in the late 1990s, says Natalia Morosova. At that time, she worked as a psychologist in the HR department of a large company, she made camping holidays in the taiga. “But whenever the medicines that worked for me were put on the market, the doctors did not give me a prescription, so I realized that in Russia it makes no sense to fight a drug.”

The doctors told her that she could take part in a new study.

Russian patients are testing Western medicine Pharmaceutical companies for about 20 years. The sick are available for experiments and thus have the opportunity to be treated perhaps with the most modern medicines. That sounds like a fair deal. But the deal only works if patients have the option to continue taking the drug after the end of the experiment.

The problem is that pharmaceutical companies are not obliged to continue paying for the drug after the study is over – and the regular state Russian health insurance usually does not pay for the expensive Western medicines.

Subjects do not benefit from the studies

Clinical trials are justified only if the population from which the patients have recruited benefits from the results. This is what has been written since 2000 in the Declaration of Helsinki, the international framework for clinical trials. Formally, the pharmaceutical companies are not in the breach: The drugs that Natalia Morosowa tested were also approved in Russia after the study was completed.

It’s not a matter of law – it’s a question of ethics. What good is the use of patients for the official approval of the drugs if their health insurance does not pay for them, asks the human rights organization “Declaration of Bern”, which recently published a report on clinical trials in emerging countries.

In contrast to generic drugs – which are cheaper copies of the original with exactly the same active ingredient – biosimilars are only similar to the original. Artem Golovin of the Russian MS patient organization says: “Russian biosimilars have been approved extremely quickly, with extremely few studies, so patients suffer many side effects and refuse this therapy.”