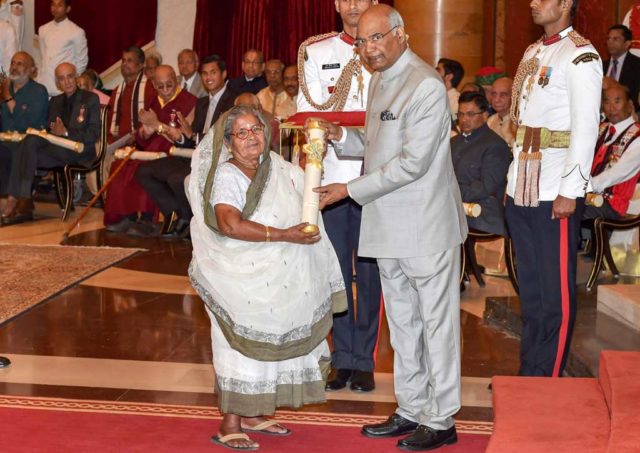 We have come across many celebrities who raise funds to support the poor and for good causes. Many Bollywood celebrities like Salman Khan and Jacqueline Fernandez are known for their kind deeds. To be very straightforward, they are quite famous and are highlighted whenever they spend their money to support helpless or for a noble cause but no one remembers those normal people who do not come into limelight despite doing so many efforts.

Today, we will talk about Subhasini Mistry who at the age of 23 had built a hospital for the poor without having the support and necessary funds which are itself a very inspiring thing for everyone. Let me take you through her journey and what all she had faced building a hospital for the poor who also received Padma Shri award for her marvellous contribution.

She had no family support and had zero funds to invest

Subhasini Mistry who lost her husband at the age of 23 due to poverty. She had faced a lot of struggle along with her four children which she used to carry on her lap. She did manual labour for ablaut 20 years, sold vegetables and did work as a housemaid and what not.

She had build hospital for poor and realised her dream

She has attained an age of 70 now and due to her efforts and labour, she had managed to build a two-storeyed building which was her dream to build a hospital for the poor because they cannot afford such expensive medical treatment and die due to that as her husband died due to lack of proper medication.

You can also read: 5 Reasons Why External Affair Minister Sushma Swaraj Will Be Missed Not Only By Indians but Also By Pakistanis

She had been awarded Padma Shree for her strong determination

She always wanted to become a social worker and aim to help the poor. Due to her efforts, she had also been awarded the country’s fourth-highest civilian award, Padma Shri. Subhasini gifted the hospital to the poor and made it operational in the year 1996 under the name of ‘Humanity Hospital’ which is a charitable hospital.

“Currently, we have two hospitals which are serving the people of Bengal. One is located at my village in Hanskhali, Nadia district, and another at Sundarbans. I am very happy to get the award but I would like to request all hospitals in the world, please don’t refuse a patient who needs immediate medical attention. My husband died because he was refused admission and I don’t want anyone else to die similarly.”

She had a difficult time making ends meet. “It was a difficult journey as I had to feed my four children. I could not afford the expenses so one of my sons (Ajay) grew up in an orphanage. Now, he is working day and night to run this hospital. I would like to request the government to fund us so that we can give salaries to meet hospital expenses.”

With her strong determination, both of her hospitals are doing great and serving the people of Bengal proudly.

You can also read: How Indra Nooyi Inspired Me To Achieve My Goals