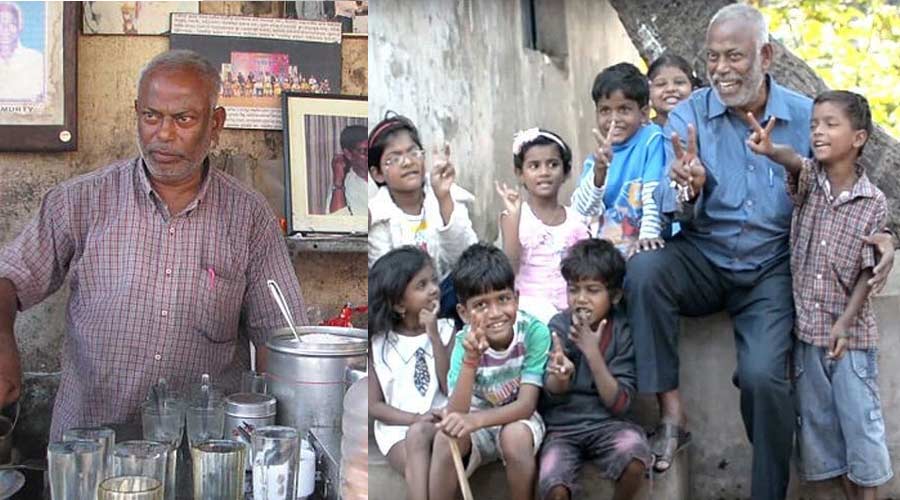 Be the change that you desire to see, this is a statement that we often hear but never follow as we want others to change. Here is a humble man from Odisha who not only followed the saying but also did set an example for the rest to follow. A tea seller from Cuttack’s Bakshibazar named Devarapalli Prakash Rao.

Rao has been selling tea for the last 50 years and does not earn much but the biggest achievement of his life was that he would get the Padma Shri title the fourth highest civilian award conferred to a citizen of India.

His efforts have already been appreciated by the PM Modi in his show “Mann Ki Baat.”

What is unique about the vendor is that in spite of his meager income he chased his dreams. The dreams were not becoming a business tycoon or earning huge amount of money but imparting education to the kids of slums.

His father wanted him to lend helping hand at the tea stall whereas he wanted to read and write. Then suddenly when he was in class 10 his father got ill and they could not complete his study and be forced to work as a tea vendor, but his passion for learning did not stop.

Thus in 2000, he started a school for kids from slum areas and he has presently 80 students in his school ‘Asha O Ashwagandha’. he imparts them education up to class 3 and then gets them admitted to a government school.

Shri D.Prakash Rao is a tea seller From Cuttack Odisha.
He sells tea in early morning & teaches poor kids in the dayand
runs a school for poors childrens.

His students are his pride that not only study well but also excel in sports. He initially was bearing all the expenses but then now more and more people are coming to support him. He is a helpful soul and on regular basis donates blood to patients in the government hospital.