After Ahmedabad, It Is ‘Pink City’ Jaipur That Makes It To The Status Of UNESCO World Heritage Site 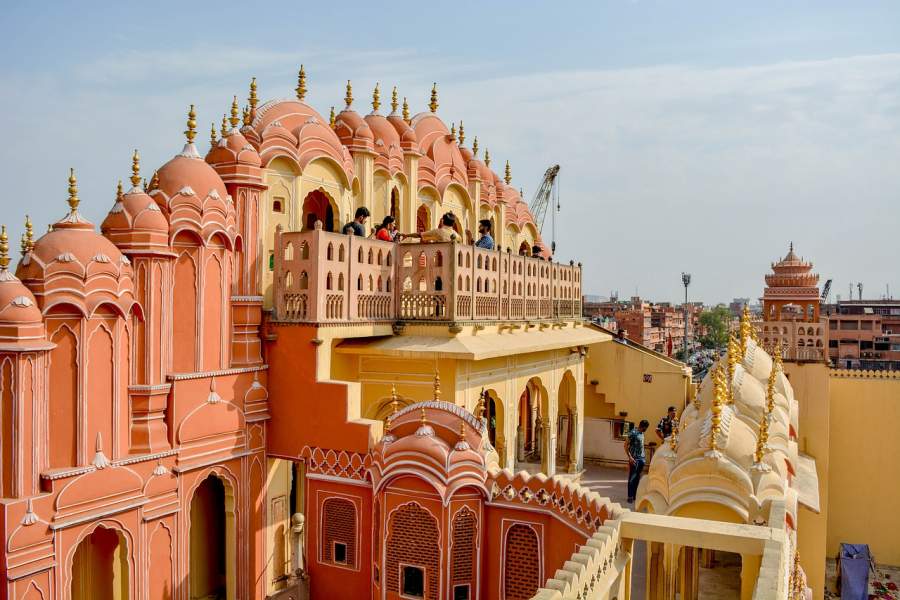 India is one of those countries that share a deep ancient history. It is here were generations of royal rulers have ruled and contributed to the diverse culture of India. Every city of the country is associated with some ancient history and holds testimony for the same. With the number of historic sites, monuments, ancient temples and a huge number of transcripts, India has a treasure to share with the world. This is why India’s one of the most historic city, Pink City makes it to the list of UNESCO World Heritage Site.

Jaipur is a city of Rajas and Maharajas. It has the most number of historic sites like forts palaces such as City Palace, Jal Mahal, Hawa Mahal, Janta Mantra, Amer fort, etc. And due to its rich heritage and culture, Jaipur is recognized as the UNESCO World Heritage Site.

To mark the words of UNESCO’s official press release “The fortified city of Jaipur, in India’s northwestern state of Rajasthan, was founded in 1727 by Sawai Jai Sing II. Unlike other cities in the region located in hilly terrain, Jaipur was established on the plain and built according to a grid plan interpreted in the light of Vedic architecture.”

“The streets featuring continuous colonnaded businesses that intersect in the center, creating large public squares called chapters. Markets, stalls, residences, and temples built along the main streets have uniform facades. The city’s urban planning shows an exchange of ideas from ancient Hindu and modern Mughal as well as Western cultures.

The grid plan is a model that prevails in the West, while the organization of the different districts refers to traditional Hindu concepts. Designed to be a commercial capital, the city has maintained its local commercial, artisanal and cooperative traditions to this day.”

It is a second time that India wins pride. In 2017 Ahmedabad was given the status of the World Heritage Site by UNESCO.

You can also read: Forget Shimla and Try Out Visiting These 7 Beautiful UNESCO World Heritage Sites Across The World

India is the only country that’s the whole city is marked as the heritage site and not the particular site like the other countries. This is the time we cherish this achievement and thrive to make all our heritage clean and restored so that it attracts tourist all over the world.

We should encourage tourism in India, as this leads to fame and pride, and also helps the economy grow.

Indian sare feeling so proud of this achievement, Here are some tweets showing their love and reactions.

This just in! #Jaipur joins in as India’s 38th #WorldHeritage site as announced by @UNESCO today! What’s your favourite cultural space in the city? ?

Great news !! And what a wonderful feeling having the walled city of #Jaipur now listed as a #WorldHeritageSite @UNESCO ?? we must all join hands and endeavour to make Jaipur a city of pride for now and all future generations ? pic.twitter.com/0lMjjSwawF

No matter where you one from, magic city Jaipur never cease to mesmerise you with its charm and beauty.
Congratulations on Jaipur being inscribed as World heritage Site by @UNESCO !#jaipur #UNESCO pic.twitter.com/birbPFXkKC