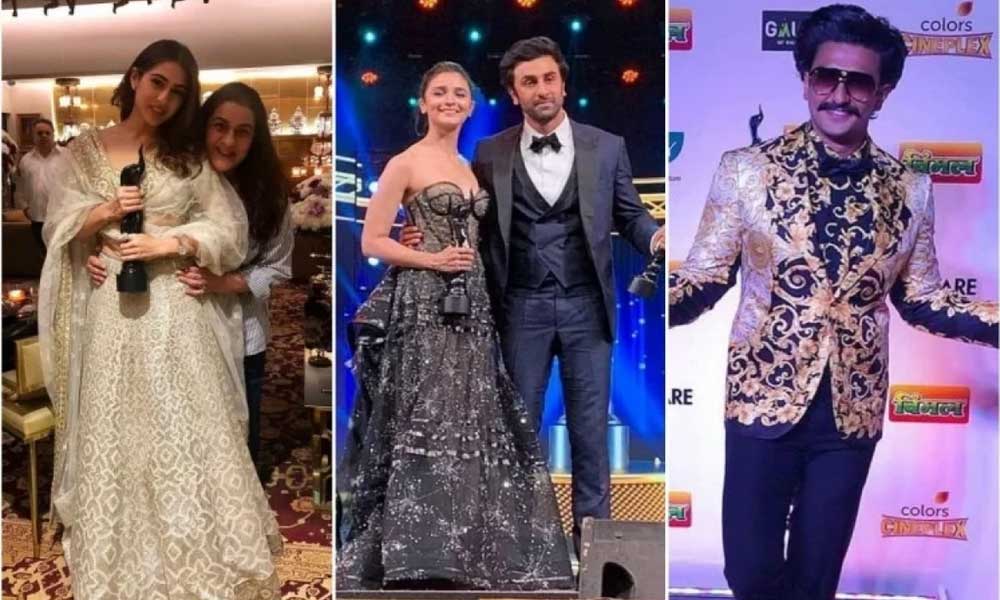 Not to forget, Alia Bhatt has bagged her second best actress award after her movie Udta Punjab and rumoured boyfriend Ranbir Kapoor has won his third best actor award after Rockstar and Barfi.

The starry night was full of fun and humour as it was hosted by none other than the king of Bollywood, Shahrukh Khan along with Vicky Kaushal.

Here are some of the important highlights from Filmfare Awards 2019

Bollywood diva, Alia Bhatt has finally confessed her love for his rumoured boyfriend, Ranbir Kapoor at the Filmfare Awards, 2019. The actress has also bagged the award for the best actress for her latest film ‘Raazi’ which was directed by ‘Meghna Gulzar’.

She also thanked Meghna, Karan Johar and Vicky Kaushal in a very special way. She said, “Meghna, for me, ‘Raazi’ is you, your blood and sweat. You are my main chick. Vicky, without you, the film wouldn’t be complete.

Thank you, my mentor, Karan for being my mentor, fathe, and my fashion police. Tonight is all about love; there, my special one, I love you (Ranbir Kapoor).”

2. Filmfare Awards paid tribute to Chandni of Bollywood aka ‘Sridevi’

The Filmfare Awards night has also paid tribute to one of the most talented female actresses of Bollywood who died recently. Yes, we are talking about Chandni of our Bollywood, Sridevi.

Husband Boney Kapoor and Karan Johar escorted Sridevi’s daughters, Janhvi and Khushi Kapoor for giving her a shraddhanjali on the stage.

The power couple of Bollywood i.e. Ranbir Kapoor and Alia Bhatt have got the best actor and best actress award for their latest release, ‘Raazi’ and Sanjay Dutt’s Biopic, ‘Sanju’.

Neetu Kapoor, mother of Ranbir Kapoor took this special moment on Instagram where she wrote: “AND moments like these make you forget all the stress congratulations so proud n happy”.

4. Ranveer shows her love for Deepika after winning the best actor award at the Filmfare eve

Apart from Alia Bhatt and Ranbir Kapoor, Ranveer has also received an award for best actor from her ladylove, Deepika Padukone. Moreover, last evening, Ranveer got quite emotional and went down his knee to receive his award. Their video also went viral on the internet and is winning the heart of many.

Besides this, the Filmfare Awards night was the evening full of love, honour and fun. It was a night full of glamour along with some spectacular stage performances, speeches and glamorous red carpet appearances.