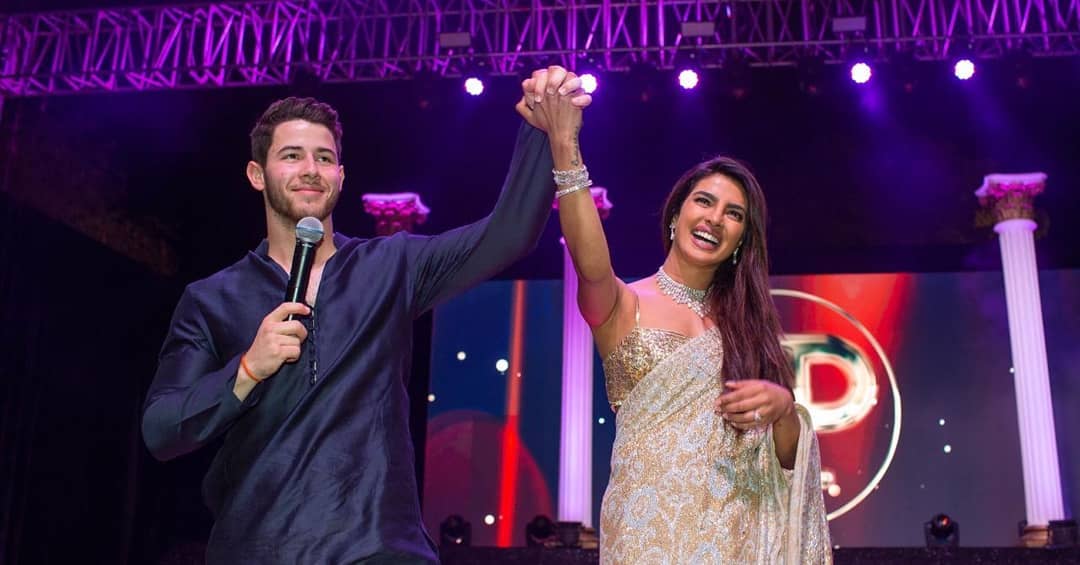 The celebration of their wedding has finally begun and the pictures of their mehndi function are out. We all have been waiting for so long to see, our favorite Priyanka Chopra dressed beautifully for her wedding function and standing side by side to her groom. The wedding is about to be conducted today and tomorrow in two traditional ways and we are hopefully waiting for them to come.

However, their wedding pictures have come and both of them look so happy in their function enjoying the traditional mehndi function, the way it happens in India.

The couple had got themselves engaged in the month of August. It is been almost two years since they have been dating and finally, the special day has come. They are going to get married in the way of a Hindu tradition today.

They were seen surrounded with family and friends. The photos of their bachelorette party are also a lot of fun. Their functions have been on a spree.

They started with their wedding functions on Friday and the mehndi photos of the couple have just come on social media and gone viral. They are shown brimming with joy and you can just see how happy they are. They are all happy and that is reflecting in their smiles in the phototrophs.

Priyanka Chopra is with her to be husband din a pic where they are laughing a lot. Priyanka Hora looks so beautiful in her colourful attire whereas on the contrary. Nick is wearing a pale coloured designer kurta pajama and they are looking so beautiful on each other’s side.

You can also see one picture of Priyanka Chopra having fun with her friends while she getting mehndi done on her hands. You can clearly spot Parineeti Chopra by her side and some of her other friends.

They all are smiling a lot and look all flushed out in the pictures. She looks quite pretty in her beautiful dress. There is another fun picture where everybody has lifted Nick on their shoulders as we do to our Jamia. They seem to be having a lot of fun.

We just hope that this couple has a very happy and joyous happy married life.