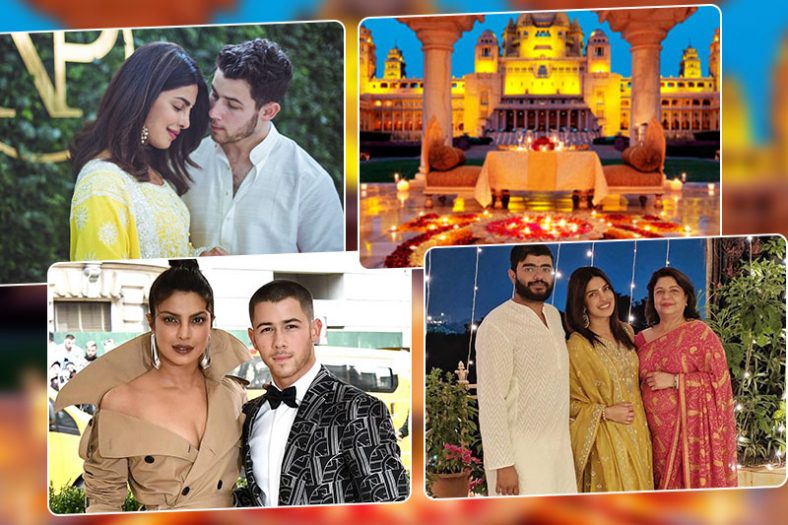 Priyanka Chopra and Nick Jonas have been in the limelight since a lot of days due to their wedding announcement. They are all set to celebrate their wedding ceremony on the second of December in Jodhpur at Umaid Bhawan.

It is expected that they are going to have a big fat wedding just like any other wedding with a lot of pre-wedding celebrations as well which are going to start tomorrow.

Earlier the reception was about to take place at some place else, however, the venue has now been changed and finalized to Umaid Bhawan in Jodhpur.

The notice about the venue has been out and it clearly states that the venue will remain closed for about a week for the public due to the reasons of security. One more reception will be hosted but the couple which will be conducted n a total Christian style.

This reception will be conducted on 3rd of December. One reception will be hosted in Mumbai and the one in Delhi. It has been in the air that Priyanka Chopra will be performing with her mother Madhu Chopra in the sangeet ceremony of her wedding.

Another source reported that Priyanka Chopra will be performing kathak on her wedding ceremonies and another told that she will definitely be doing her star song performance of desi girl. The preparations of which have been on the peak.

The buzz of the wedding has been in the air for a long time now and we are all excited to already start with the wedding ceremonies.  It is quite amazing that two wedding receptions are being held for this wedding in various styles which make us all more curious to start with the same.

Exactly in the time of a week, the wedding will be conducted and our favorite Priyanka Chopra will become the life of her love Nick Jonas. The wedding has been pending since long and we are all just waiting for it to happen sooner. There have been quite a lot of changes in the wedding regarding the date, and now the venue also changed and has been.

However, finalized to Umaid Bhawan. The pictures of the bride and the groom on social media have put us all in awe of their love and bonding. They are setting goals for people in their relationship.

Since the roka ceremony of the couple has been conducted at the residence of Priyanka Chopra, the people have been excited about the dates that were yet to come. The wedding reception in Delhi will be conducted on a five-star hotel and then one more will be conducted in Mumbai for the Bollywood friends of the actress.

Her bachelorette party was a highlight in itself with all her beautiful friends dressed greatly we are all so excited to just get to see her all dressed up in her wedding dress super soon with her groom and their families.

How to Find The Perfect Venue for Your Wedding

10 Reasons To Book A Resort for A Wedding Function

How To Celebrate Your Friend’s Birthday?