Queen of Bollywood in The Role of Queen of Jhansi: All About Manikarnika 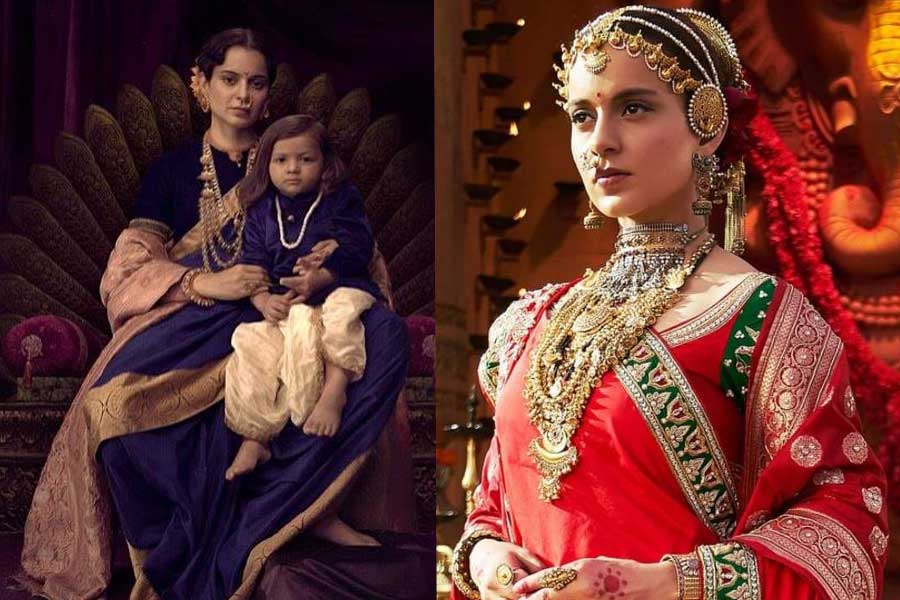 Another historical biography that is in making is based on the life of Maratha Rani Laxmi Bai. It is the directorial debut of Kangana Ranaut who plays the role of Rani Laxmi Bai and the other director is Krish. It has been produced by Zee Studios in association with Kamal Jain and Nishant Piti.

The movie will rule the silver screen from the 25th January 2019. The movie (Manikarnika) was specially screened for the President of India, Shri Ram Nath Kovind, at the Rashtrapati Bhavan, Cultural Centre on the 18th of January, where even the lead actress was present.

The main plot of the film will be the fight for freedom between the Queen and the British Empire., during the Indian Rebellion of 1857. The lyrics of the film is by Prasoon Joshi and the music is from Shankar- Ehsaan- Loy. The background score is by Sanchi Balhara and Aknit Balhara.

Atul Kulkarni will play the role of Tantia Tope, and Jishu Sengupta will be in the role of Gangadhar Rao. Richard Keep playing the role of General Hugh Rose and Suresh Oberoi as Peshwa Baji Rao II. They are in the key roles apart from them there are few more actors who have worked together for the epic movie of the year.

We are waiting for the film with bated breath for the following reasons:

1. The film was written by V. Vijyendra Prasad, who has also written ‘Bahubali’ and ‘Bajrangi Bhaijaan’ and is the writer for most of the S.S. Rajamouli’s movies that have proved to be epic.

2. Prasoon Joshi who is choosy about his work, so if he has decided to be a part of the film it has to be worth our watch.

3. The trailers have stolen the show, we get Goosebumps with the vigor Kangana Ranaut does her scene of the battlefield we are smitten. Her body language, expressions, and eyes all are as per the character that she is portraying.

4. Overall we are till date in love with and completely honor the Queen, Rani Laxmi Bai and have grown up listening to her tales of bravery and patriotism. The movie is releasing just before Republic Day so there is already much-anticipated wait for the film.

A special screening of #Manikarnika is going to be held for the Hon’ble President of India, Shri. Ram Nath Kovind at the Rashtrapati Bhavan Cultural Centre by Zee Entertainment tomorrow. #KanganaRanaut, along with the team, will also be attending the screening. pic.twitter.com/r5sKMUxlLQ

5. Importantly the outfits for Queen Manikarnika or Manu will give you style goals so this makes it a must watch.

Shri Ram Nath Kovind, President of India, will watch a special screening of #Manikarnika: The Queen Of Jhansi in New Delhi tomorrow [18 Jan]… Kangana Ranaut and the team will be present… Screening organised by Zee Entertainment… #Manikarnika releases on 25 Jan 2019. pic.twitter.com/axuA0waqhb