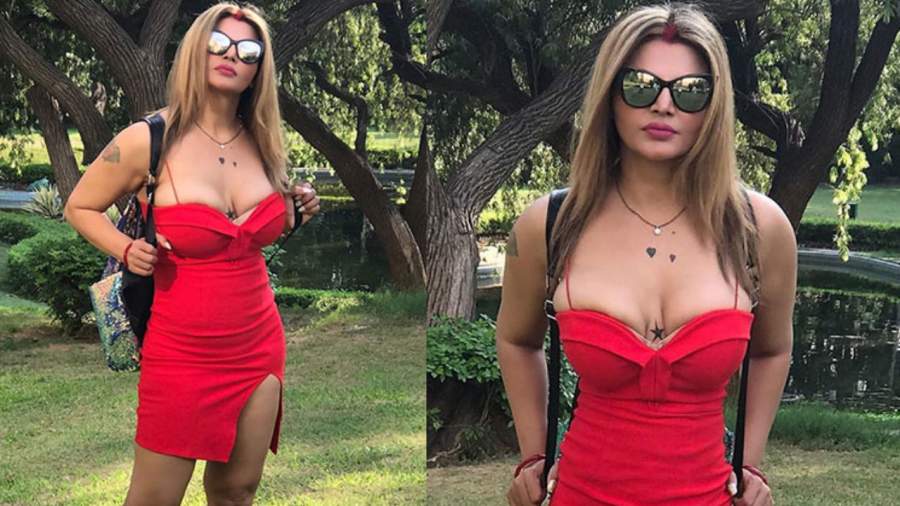 Everyone must be knowing about this drama queen of our Bollywood who loves to remain in the limelight in one or another way. She is also one of the most sensational actresses in Bollywood and has a huge fan following because of her hot looks and her dance moves. Recently she also got trolled on the social media when she was spotted with Deepak Kalal who is an Indian YouTuber and Blogger. He became famous when Rakhi Sawant announces her marriage in front of his fans on social media and several interviews. Now, we have come across another new story which will shock all of you.

She reveals about her marrying an NRI husband

Rakhi Sawant has revealed about her marriage her NRI husband, Ritesh about whom we hardly know. She says, her husband, Ritesh is a person bout whom she hasn’t talked very much in front of social media. This is the reason why no one knows about him. Now all this is creating a buzz among the fans as they are curious to know about her husband, where he is from and what he does?

She shared lots of honeymoon pictures on her social media

Recently, the actress also had shared lots of pictures on her social media accounts about her marriage. But at first, she denied accepting that she is married. But later, she accepted the fact as she was posting the pictures of her cozy honeymoon and posing along with her Chooda, sindoor, and Mangalsutra.

Also read: Rakhi Sawant is Getting Married to Deepak Kalal

Do you want to know about Ritesh? Media tries its best to find all the relevant information about Ritesh as Rakhi was reluctant about providing information regarding him.  Let me take you through some of the facts about Rakhi’s husband Ritesh.

#1. Ritesh is an NRI who is based in the UK currently.

#2. He works as an employee for Donald Trump’s company which is located in the UK.

#3. Do you know Ritesh is itself a very big fan of the actress Rakhi Sawant?

#4. According to the media sources, their relationship got started on Whatsapp where Ritesh proposed her. Since then, Rakhi also considers this as a Whatsapp love affair and she confesses that this is the best thing that happened to her ever during her lifetime.

#6.  Rakhi reveals that Ritesh is a kind of person who likes to stay away from limelight and media unlike her. He is more intended for his business activities.

Did you know Rakhi also got previously engaged to Toronto-based businessman, Elesh Parujanwala in 2009 during Rakhi ka Swayamwar which has created a lot of buzz among her fans? But sadly, after a few months, she called off her engagement admitting that she got engaged to him just for money.

Well, after hearing this news everyone is under shock wondering if this information is true or not? Let’s hope that everything is fine with Rakhi Sawant and wait for what’s coming next from her side a baby in 2020 or some other breaking news?