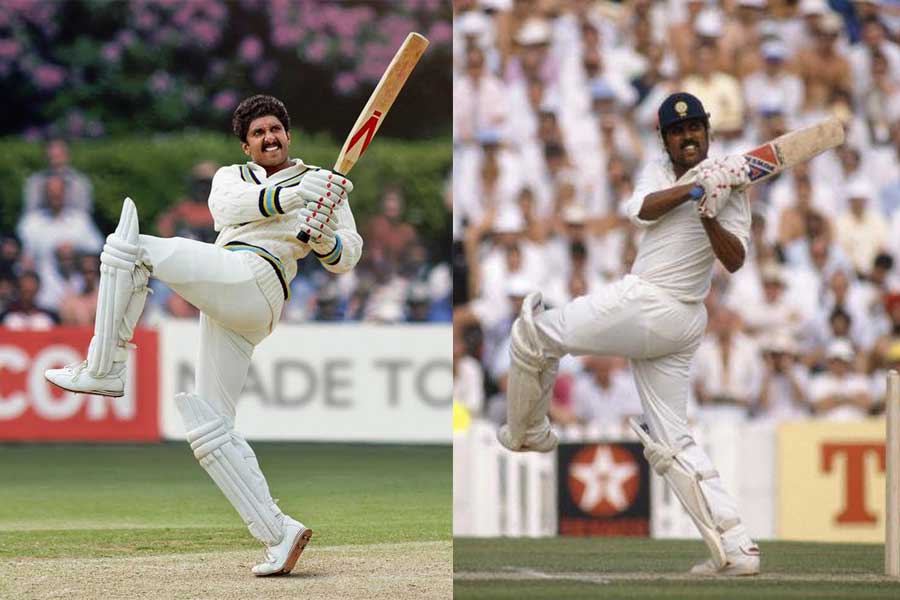 Ranveer Singh is one of those finest actors in Bollywood who never fail to impress us whether by his trendy and casual looks or anything else. He is the one who loves to remain in the limelight no matter what. The Bollywood actor is supposed to play an iconic role in his upcoming movie ’83 which will be directed by Kabir Khan. He will be playing the role of Kapil Dev, who was once the legendary Indian skipper.

We have a strong belief that the movie will be going to be a super hit as his other movies were. The movie is about the Indian cricket team that brought the Cricket World Cup home in 1983, ending the domination of West Indies.

Ranveer Singh has shared the Natraj’s shot from his new upcoming film, 83 and the netizens are going mad after seeing that. Twitter also tweeted, Nailed it! The picture looked quite similar to that of Kapil Dev. The film hasn’t been released yet, but it has created a lot of buzz among the peoples.

Now, the people are expecting a top-notch performance by Ranveer in this new film. The photo that he shared on the social media could be seen recreating world cup winning Indian skipper, Kapil Dev’s batting forte.

He captioned the shot as Natraj Shot

While sharing his second look from the upcoming movie, 83, he shared the pic which he captioned as Natraj shot which looks like Kapil Dev as he is batting. The social media was flooded with comparisons after he shared his iconic picture. Many people also praised him for the resemblance between him and skipper Kapil Dev.

Ranveer Singh’s wife, Deepika Padukone would be playing the role of Kapil Dev’s wife (Romi Dev) in this movie. They both will be seen sharing the screen together for the first time since their marriage. The movie is supposed to release on April 10, 2020.

We are so excited to see these cuties together as they make a beautiful couple. We are hoping for the best to come ahead for Ranveer and Deepika both. We wish them all the very best for their upcoming movie and may it be a huge success.

Also read: Do You Know These Facts About Rishabh Pant: The Future of Indian Cricket