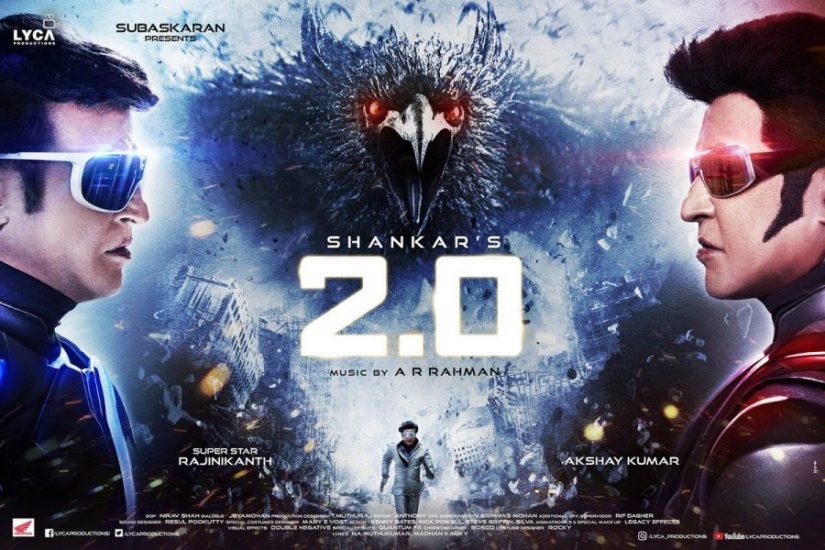 Rajinikanth is smarter than a smartphone, the film isn’t…….it’s 2018 blockbuster movie

Despite a tedious climax, 2.0 is a blast. It could have been a smarter film, but it is a mostly fun Rajinikanth ride, with solid 3D and great Atmos sound.

Rajinikanth is back reprising his roles of doctor Vaseegaran and Chitti in 2.0, the sequel to 2010 blockbuster Enthiran. Directed by Shankar, the movie also stars Bollywood actor Akshay Kumar in the role of Crow Man.

It’s an Indian science fiction action film in Tamil, written and directed by S. Shankar. Produced by Subaskaran under the banner of Lycra. The film follows the conflict between Chitti, the once dismantled andro-humanoid robot, and Pakshi Rajan, an ornithologist who seeks vengeance on smartphone users to prevent avian population decline.

Produced on an estimated budget of ₹543 crores (US$76 million), 2.0 is the most expensive Indian film to date.

2.0 was released worldwide in both 3D and conventional format on 29 November 2018, along with its dubbed versions in Hindi and Telugu. It received generally positive reviews upon release.

The film earned ₹117.34 crore (US$16 million) worldwide on its first day, which was the second highest ever for an Indian film after Baahubali 2: