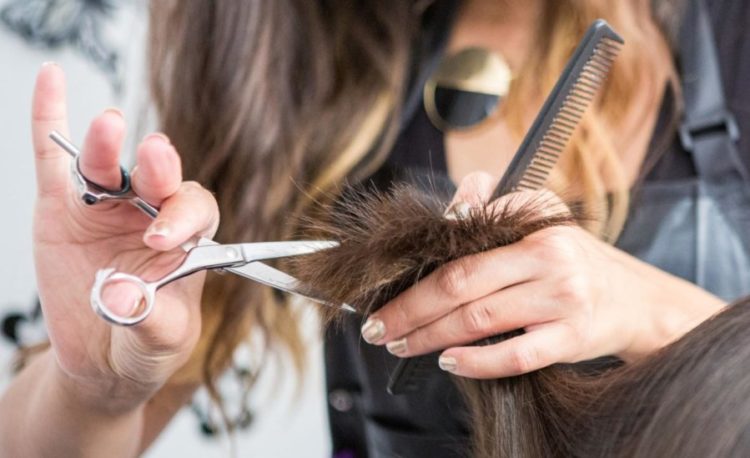 You have surely heard of many sweet gestures around the globe, and few of them are quite too good to be true. However, the story of a salon owner ‘gifting’ his salon to his employee for just a dollar surely takes the cake of sweetness. In fact, when Pio Imperati hired hairstylist Kathy Moura 15 years ago, Kathy surely had no idea that she would own the business one day.

So, Pio Imperati owns a hair salon called ‘Pio of Italy’. There are many such salons in the country and now Moura owns the Connecticut branch. From a former hairstylist to an owner of a hair salon, Moura’s journey is really an inspiration.

So, the story goes back to Moura’s college days, when she was looking for a job after graduation. Since she had no work experience, she had some difficulty finding a job in the market. So, Moura called her teacher to help her, who gave her the phone number of Pio Imperati.

This was truly a blessing for her as Pio and her wife taught her the basics and offered her a chance to prove that she belongs. Since then, it has been a great experience. She said, “we grew like a family…That’s how he treats everyone who walks into the salon. Any person who works here, he wants you to flourish and become something of yourself”.

Also read: 20 Quotes from Sweet Tooth Series That are so Touching

Pio Looked for A ‘Worthy’ Successor

The 75-old Pio has seen the hair salon for a long time. Therefore, it was time to find a worthy successor to whom he could hand over the legacy. So, in his search, he found Moura to be the perfect one for the job. Therefore, he had to sell the hair salon for a very low price. Though Moura still has to pay the rent, all the equipment and facilities will be entirely free for her to use. It’s really sweet, especially because Pio has recognized the potential in her.

Furthermore, he said that Moura is a great hairdresser and barber. In fact, it is also a dream come true for Pio as well. Why? Because he could hand over his legacy to someone worthy like her. Now, Moura is thankful for the opportunity and this gesture. Since at one point in time, nobody gave her a chance but Pio, it’s really special to receive this honor from Pio himself.

There are lots of sweet gestures we see worldwide. This one too will also go down as one of the sweetest gestures of all time. An owner, who sees his employees as families, and even entrusting them with the legacy, it’s really poetic, to say the least.