Finally, Savitribai Phule, The Original ‘Beti Bachao’ Icon Gets A Statue in Punjab 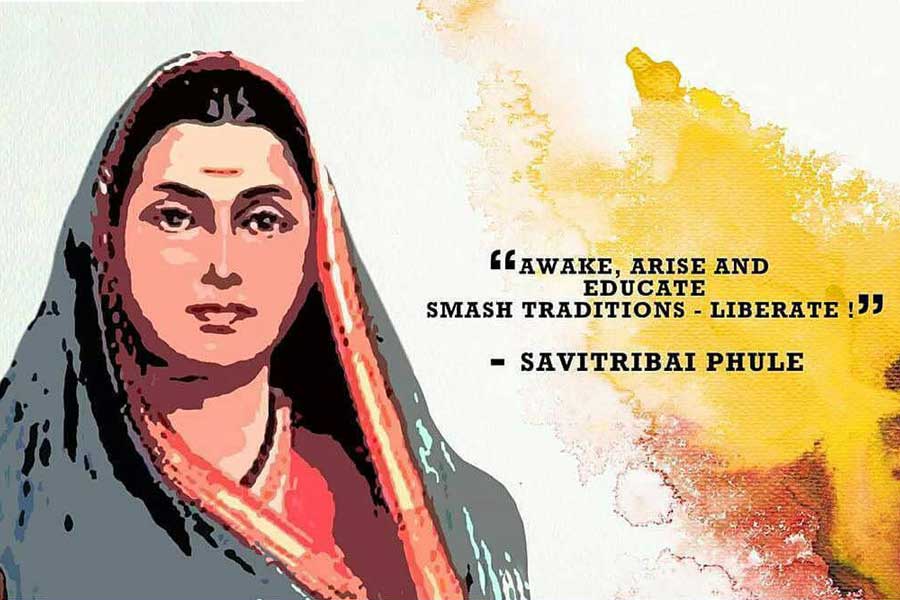 In order to take the message of girl’s education forward, a government primary school in village Sadda Singh Wala of Mansa district in Punjab has established a mathematics park for students in the beloved memory of Savitribai Phule’s with her statue installed in it.

Savitribai Phule is the original Beti Bachao icon who had opened the first school for girls in 1848 at Bhide Wada, Pune and Maharashtra under the British Raj.

After long 122 years, she has got a befitting tribute at a place no one would ever have thought of.

“Savitribai Phule Yaadgari Park’, reads the board at the entrance and inside the memorial park, there is an erected statue of Savitribai Phule which is a 5 feet and 7 inches tall installed in fiber. The statue is dressed in saree tied in a Maharashtrian style and a plaque or a plate is placed nearby the statue which narrates her inspiring story, not everyone in Punjab might connect with the personality at first sight.

The motive behind placing the plaque is to tell everyone in Punjab about the initiative that how she stood for girl education, Dalit rights, widow remarriage and fought against child marriages, caste-ism and other issues, told by the teacher Amolak Singh.

Near her statue, there was a board titled ‘‘Why There Is A Need to Remember Savitribai Phule?’’ narrates her life in the Punjabi language. She was born in the year 1831 and got married at an age of just 10 to Jyotirao Phule in Pune, who was just 13 years old.

With the kind support of her husband, she didn’t drop her studies and thus later on the couple has opened their first school exclusively for girls in Pune itself in 1848, where she worked as the first teacher.

The couple was brave enough to open up their first school to bring forward the girl’s education. At that time the British used to rule the whole country when no one dares to do such things what they did. This is truly so inspirational.

Even after getting so much torture, they went on to open a number of schools for girls. Even after his husband’s death, she continued with her mission. In 1897, when plaque breaks out in Pune, she also opened a clinic to treat poor and homeless people. She herself got the disease while treating the patients and died on 10 March 1897.

In an interview with Indian Express, teacher Amolak Singh told, “It is a tragedy that people living in Northern states are unaware about the contribution of this great woman because of whom education became accessible and a right for girls in our country. The idea is to let people know that there was a maha-naika who stood for girl’s education.”

Her statue has been installed for Rs. 52,000. All the teachers from Mansa and other community members have made their contribution to make this statue. While an amount of Rs. 1.70 lakhs, has been spent on building the entire park.

Currently, the primary school has 128 students of which more than 70 are girls. It has 7 teachers, out of which 3 are woman teachers and who are getting more than Rs. 50,000 as salary for teaching students there.