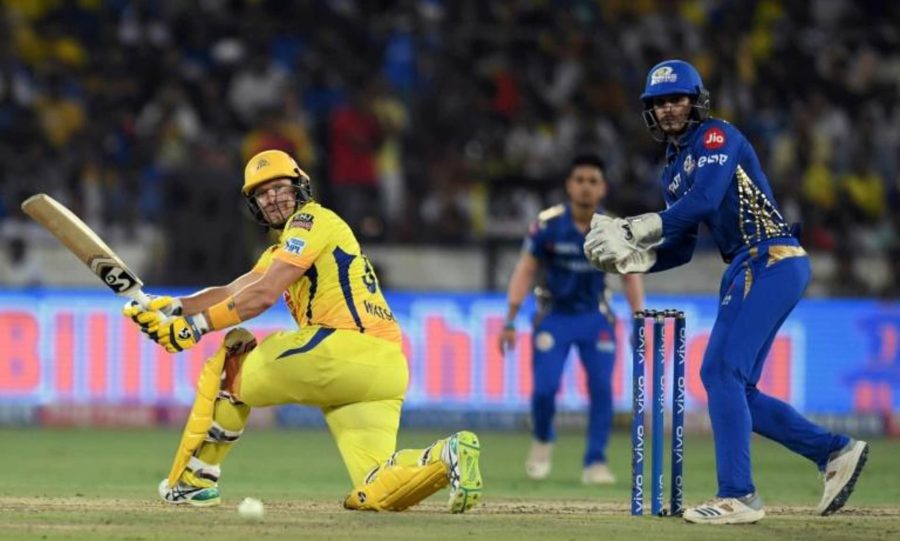 The cricket team is full of legends, be it Harbhajan Singh, MS Dhoni, Sachin Tendulkar or Virat Kohli we can’t forget them ever as they have given some awestruck performances in their journey of cricket. They have a huge fan base because of the hard work they put in to stand out from the rest despite getting so many injuries and without caring for their own life.

Recently, Shane Watson who is a Chennai Super King (CSK) player batted through a bleeding knee during IPL 2019 final season. Truly this is recommendable which shows that are so much determined and concerned towards their match game without worrying about their pain.

On seeing this, his teammate Harbhajan Singh took this over his official Instagram handle to appraise him by saying, “Can you guys see the blood on his knee.

he got 6 stitches after the game.. Got injured while diving but continue to bat without telling anyone. That’s our @srwatson33 almost pulled it off for us last night.”

Soon after the match against Mumbai Indians, his photos with a bleeding knee got viral on the internet like a fire. His fans and spectators have praised him a lot for his kind dedication towards the match despite getting too much injured and not letting anyone know on the field.

Well, not only him there are other legends as well who have not left the playground in between the match after getting an injury. Want to know about them more? Read on to know.

#Do you remember that former South African skipper Graeme Smith walked out with a broken hand against the Aussies at the SCG Test in January 2009?

#Anil Kumble who did bowling against West Indies with a broken jaw and bandaged face in the Antigua Test of 2002?

#Sachin Tendulkar popularly known as the God of Cricket who took the pitch with a bloody nose against Pakistan in 1989?

#Ian Bell who has batted against Bangladesh with a broken foot in 2002?

#Gary Kristen, who has batted against Pakistan with an injured bleeding face in 2003?

Over the years, cricketers have shown immense courage and determination to help their teams succeed through injuries that could have very well kept them on the sidelines and away from the action.

We have already seen that since long back these cricket legends have shown great courage and true dedication to making their team win, regardless of what they are going through during the match.

They are the real heroes of cricket who never publicised their acts in media to get attention. It’s just they have supported their team in the best way they can.