Short Chain Fatty Acids and Your Health: The Relation In-between 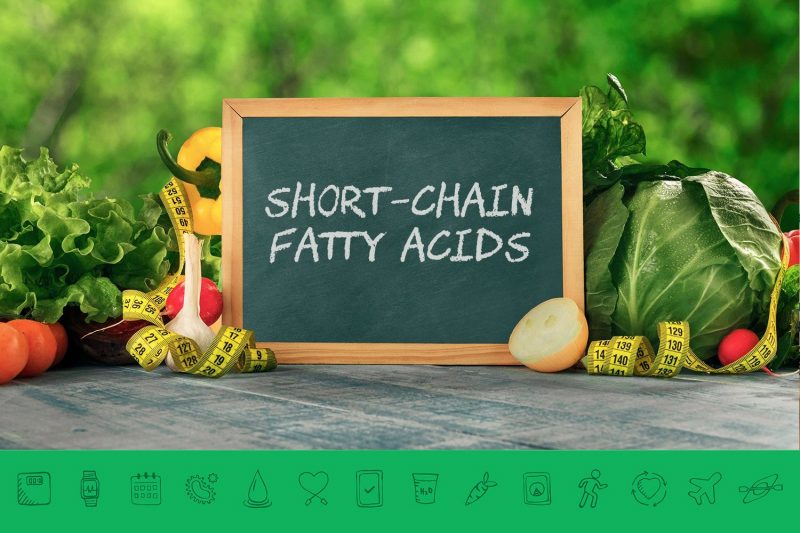 We already know that fibre is good for health but for long scientists have been trying to understand as to how doe fibre exactly affect human health? The answer is definitely not very easy. As of now, the scientist is of the opinion that the gut microflora plays an important role in the relationship between fibre and the human health—and this is credited to their host of messengers called the short-chain fatty acids (SCFAs).

These SCFAs are a byproduct of the fermentation of the dietary fibre i.e., non-digestible carbohydrates inside the gut. Apart from a few remaining in the gut, most of these molecules travel throughout the body, participating in complex reactions which have a great impact on health and are also the subjects of active research.

Primarily the SCFAs influence the gastrointestinal tract (GI) and also the gut health. Their main function is to serve as a source of energy for the cells inside the colon and to strengthen the protective mucus layer in the intestines. Additionally, they have the ability to affect cell proliferation, the genes and also the cell cycle.

Apart from all this, these molecules are also under study for their possible role in influencing gut mobility i.e., the muscular contraction causing the movement of the intestinal content across the GI tract which is same for both humans as well as animals alike.

SCFAs can possibly have an effect on combating metabolic diseases and obesity as they influence the metabolization of energy in the body. Though, evidence on this is somehow contradictory.

Studies suggest that SCFAs protect against obesity by reducing the levels of cholesterol and glucose, but on the contrary, they are the sources of calories in the gut which can ultimately lead to obesity. We are still in need of more study in this regard.

On the most important known influence of the SCFAs is on the immune system. Studies reveal that SCFAS (particularly butyrate) may possess anti-inflammatory effects and also play a pivotal role in initiating the specialization of immune cells, called regulatory T cells that in turn helps them to‘maintain the peace’.

To add on to all above, SCFAs might have an important role in protecting the body against colorectal cancer, by aptly conditioning the gut environment or maybe by influencing the immune system in a manner that the risk of cancer is reduced.

Till now, there is no doubting the importance of SCFA molecules—they are the important results of the coordination between the gut microbiota and dietary intake.

Also, because the formation of SCFAs by bacteria is influenced by food intake, several scientists are of the opinion that they are the key connection between diet, the gut microflora and human health.