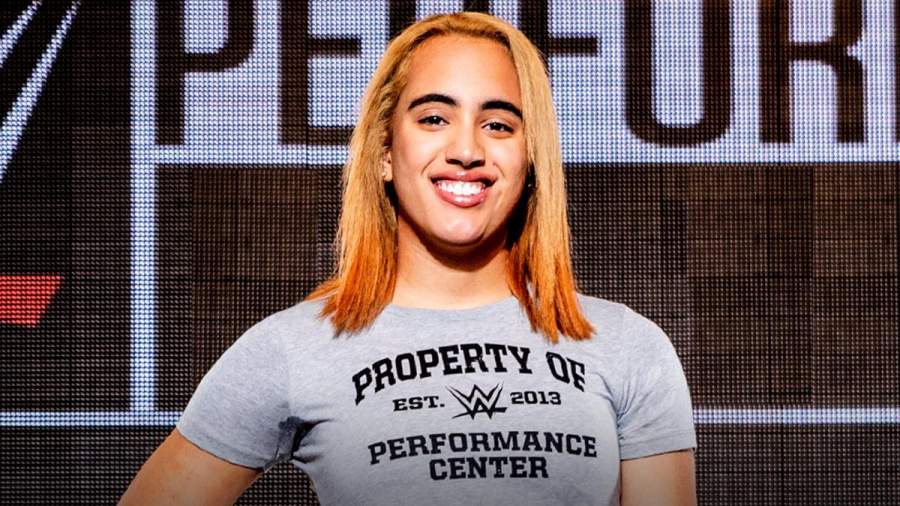 Simone Alexandra is a model residing in Florida USA. She is the daughter of “The Rock” Dwayne Johnson. She is currently working with IMG as a model. The star kid is one of the popular personalities on Instagram her followers numbering 338.1k.  She comes with her father to take part in many celebrity events. Simone arrived on the event of 43rd People’s Choice Awards and was one of the ambassadors of Golden Globes Awards. At a very young age she is active in her profession and determined to attain success in the industry she knows so well. To know more about this famous celebrity, continue reading.

Simone is the daughter of Dwayne Johnson and Dany Garcia born on 14th August 2001. She is a precious child to her parents. Now her age is seventeen years. Her father was a former wrestler popularly called “The Rock”.  Now he is one of the popular actors in Hollywood. Her mother Dany Garcia is a director and filmmaker. She owns “The Garcia companies”. Her mother and her father separated and now each living with their new families. Simone has two half-sisters named Tiana Johnson and Jasmine Johnson. Although she is famous she prefers to keep her private life private.

After finishing her education Simone started working as a model. From a young age, she looked apt for her profession because her poses on the camera are cute. She is now also a part of WWE training. Her father also shared her interest in the WWE Career in an interview. Her Instagram posts consist of her modelling poses that look incredible. It comes naturally to her as she is the daughter of stylish parents.

Her nationality is American. She started her modelling profession from the age of sixteen. Simone signed a contract with IMG to kick start her modelling career. She has performed many modelling assignments for the company and you can have a peek of it in her Instagram account. She appears in many high profile events and her attires always get approval from fashion designers. The successful model always looks on- point in all the events.

As we saw earlier Simone is a private person. She does not share her personal details on any of her social media pages. So we do not know if she has a boyfriend or not. But she is single and currently focused on her career. In the future we will be able to see her development in the respective fields she is working on. Even though she is the daughter of rich parents who are part of the film industry she does not prefer to get everything easily. She is making her own money through modelling. She is also brilliant because at such a young age she was one of the ambassadors of Golden Globes.

The net worth of Simone comes to the amount of $500,000. She was able to make this incredible sum because of her modelling career with IMG. Her net worth will become even higher in the upcoming days. But this is a great sum to have at such a young age which is certainly an accomplishment. She is now training in WWE and this profession will allow her to receive more amounts of cash that will add to her net worth.

Simone Alexandra Johnson is a great inspiration to youths today. She is a confident young girl. She is trying out in different fields also. First, she showed that she is a wonderful model by modelling with IMG and now she is starting her career in WWE. We can expect many greater things from her in the future.