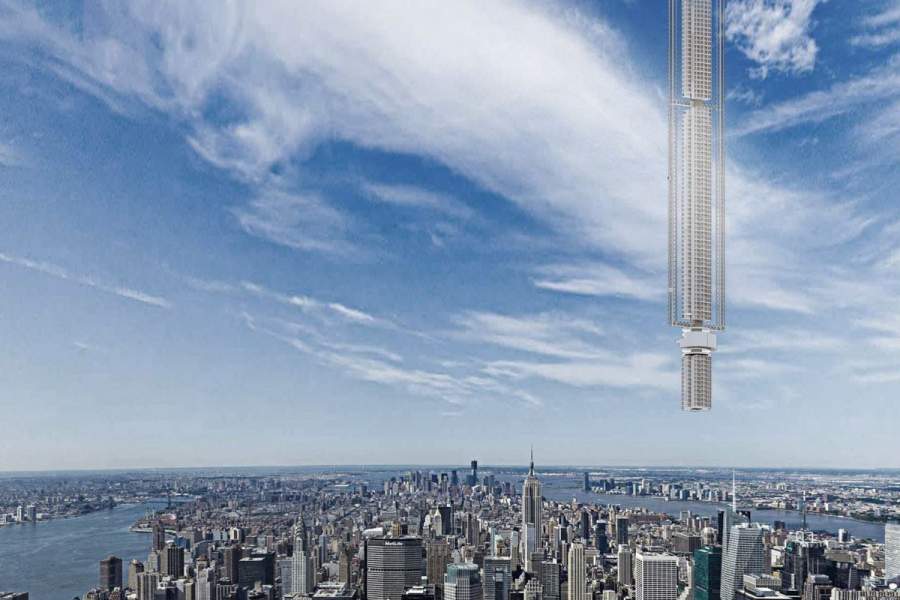 Did you ever imagine a tower that is not growing from the earth to the sky, rather descending from the sky and hanging down? No, we aren’t referring to the wizard’s world, such a thing is going to come into existence soon. New York is going to unveil an amazing, atypical and literally space-age skyscraper Analemma Tower that will be hanging down from an orbiting asteroid.

Not only that the ultramodern building is going to be “world’s tallest building ever.”