Sourav Ganguly is All Set To Elect for The Post of BCCI President, Says Welfare of Cricketers will be The Top Most Priority 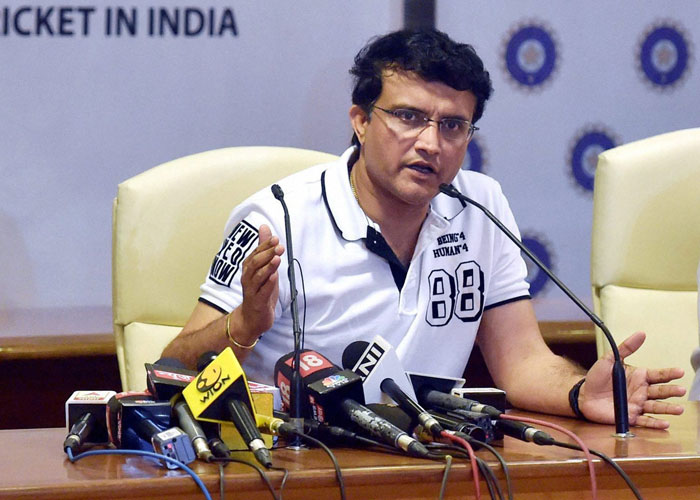 Sourav Ganguly whom we love to call as ‘Dada’ is one of the most loved Indian captains among the peoples. He is ready to ready to take challenges ahead in his life as he is all set to take over the position of the next BCCI president from October 23rd. The former Indian captain will file his nomination for the presidential election. According to the recent media reports, he will be serving as the BCCI president for only 10 months. After completing that period, he will go off for a cooling period from July 2020.

Earlier than this, Ganguly has been holding posts in the Cricket Association of Bengal (CAB) for the past five years where he is currently serving as president and an administrator.

Sourav will look after first-class cricketers and their financial interest

Before getting nominated to this post, Sourav has made everything steer clear. He said, “My top- priority as BCCI president will be to look after first-class cricketers and their financial interest.”

He told media, ‘That’s the rule. So we will have to deal with it. My first priority will be to look after first-class cricketers. I had requested the CoA and they have not listened. Ranji Trophy cricket will be the focus. To take care of cricketers’ financial interest’.

Ganguly further said, “He is looking forward to improving BCCI’s hampered image and he is delighted to get appointed on the post of BCCI president”.

The new team at. @bcci .. hopefully we can work well .. anurag thakur thank you for seeing this through ⁦@ianuragthakur⁩ pic.twitter.com/xvZyiczcGq

He further said, ‘I am happy with the appointment because this is the time when BCCI’s image has got hampered and it’s a great opportunity for me to do something. Whether you are elected unopposed or otherwise, it’s a big responsibility because it is the biggest organization in the world of cricket. India is a powerhouse. It will be a challenge’.

We all know that dada is not new in taking the toughest challenges. Once he got roped in the match-fixing scandal in the year 2000 after when he took over as captain and has transformed the history of Indian cricket. We all are hoping for the best for his upcoming BCCI presidential elections.

Congrats on being elected the @BCCI President, Dadi.
I am sure you will continue to serve Indian Cricket like you always have!?
Best wishes to the new team that will take charge. pic.twitter.com/ucGnOi0DRC

Congrats @SGanguly99 on becoming the President of @BCCI I have got no doubt that under your leadership Indian Cricket will continue to prosper.Wishing you lots of success in your new role Dada. pic.twitter.com/xU82q5JIzu

Congratulations Dada @SGanguly99 . Der hai Andher nahi.
Great signs for Indian Cricket. May this stint bevan extension of the tremendous contribution you have already had on Indian cricket.

#ShoaibAkhtar talks about how #SauravGanguly as #BCCI next president is a great decision.

Congratulations @SGanguly99
now future of Indian cricket is in your hand
?
I hope that in your guidance cricket will achieve new hight pic.twitter.com/fc0pE3TabO