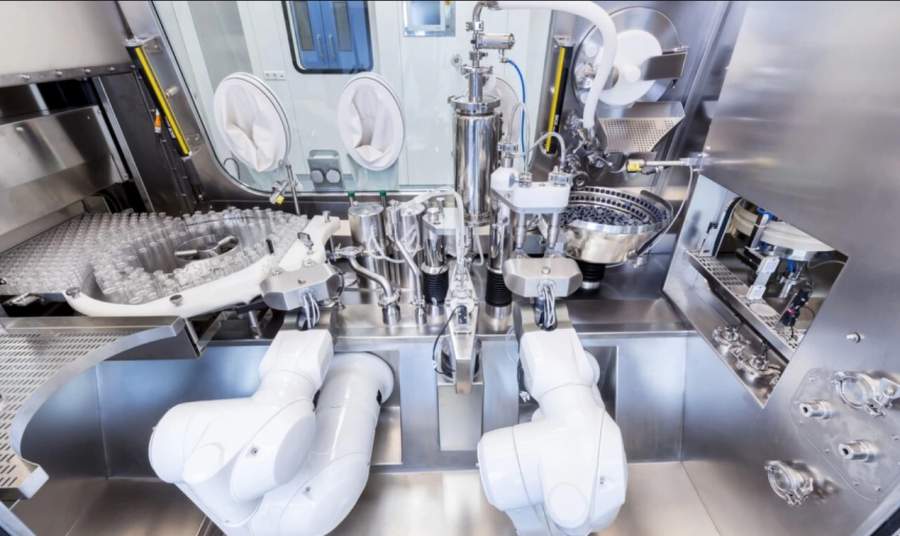 The benefits include wider packaging sizes, longer shelf life and improved nutritional properties. Aseptic processing could be used to sterilize liquid food containers such as fruit juices, milk, yoghurt, liquid egg and concentrates. It is also widely used in sterilization of pharmaceutical containers before they are filled. It cleanses the glasses and sterilizes them to keep them bacteria and germs-free.

It was in 1989 and one era was almost saying goodbye while the other was commencing its new journey. A new century was dawning. And just like most of the transition periods, there was a lot of context that people questioned the dynamics of how the era came to be. With regard to aseptic processing in the pharmaceutical industry companies in business were not far from what they are today.

In technological terms, the pharmaceutical market in the 80s and 90s were characterized by electromechanical machinery that was controlled manually using switches. The initial PLC-controlled machine was beginning to appear in an automation fashion. This characterized what was to come years later which is now the recent times.

The main context that evolved massively is the corporate sector. In recent times the market orchestrates large industrial groups brought together by a holding logic. Back in the 80s and 90s, the market consisted of smaller companies. Steriline aims at collaborative partnership and advanced engineering to become the number one manufacturer for aseptic processing. Steriline’s mission is to serve its customers with durable, reliable and tailored solutions to their needs. The company currently aims at meeting the growing demand for quality machines with improved efficiency, enhanced safety and consistent quality.

During the 90s Production Context Changed and The Market Needs Too

The year was 2007 when Steriline initialized its complete line manufacturing. The investment was not easily quantifiable as the structure was specially made. Steriline’s design stage was made directly for sales rather than for prototyping. The complete line design was a strategic option tat showed how the market was preparing to meet the customer’s demands. Initial context involved several lines brought together by different machines that were manufactured by different companies.

Requirements and Times were Changing

R & D investment volumes in percentage has been relatively the same over the last 30 years. The targets for where the R&D should be today has changed. Back then all the efforts were channeled via a mechanical approach, but today things are different for the company. The main driver for R&D strategies is automation technology.

Aseptic processing received a major boost with the introduction of robotics. Steriline was on the forefront to adopt the robotics and hoped on the wagon before they became a market standard. The significant impact was felt more on these low-speed machines. The market demand could easily work on diverse types of vials, glass or syringes while using one machine.

Robotics can easily meet that market demand which makes them quite popular. The traditional mechanics would spend a lot of time in preparation and also the changeover time. However, what was needed the most is flexibility of the machines and not necessarily the speed.

Steriline and The Pharma Context

Steriline assures customers of quality machinery that is equipped with electronic systems via the internet. This is the surest way to have non-stop growth that will differ from how the pharmaceutical industry was run in the past. That is the only way the company will have a consistent progress that meets all the market demands.

This new approach by Steriline involves small batches of production with a production cost that is quite high. It also involved the use of technological machinery more to optimize the entire process. On the flip side, machinery for large-scale production of generic medicines and antibiotics are the majority in the current market in the developing countries.

The company has been a firm believer of robotics and how they make work easier. Robots are effective more than human labor which is why Steriline manufactures a wide range of robotics for their customers. This robotics are so efficient as most of them have a high working capacity rate compared to the traditional machinery.

They will work on compounds deemed dangerous to humans with much ease. With the robotics from Steriline, there are no wastes or too much time wasted. All the resources are utilized accordingly not like the conventional machines where bad packaging might mean that product is wasted already. The robotics save on time as they have very minimum downtimes. Some of the most common robotics by Steriline include robotic vial filling machine, robotic vial capping machine, robotic tray loader and robotic tub decontamination system.

Steriline has been changing as times change to provide customers with the best quality machinery. As technological changes advanced so did the company adjust to incorporate robotics in the machinery and enhance the productivity. Today most of the machines are controlled by robotics which makes them more productive in less time.

Everything You Need to Know About Advertising in Los Angeles

Can You Get a Personal Loan Approved on The Day You Apply?