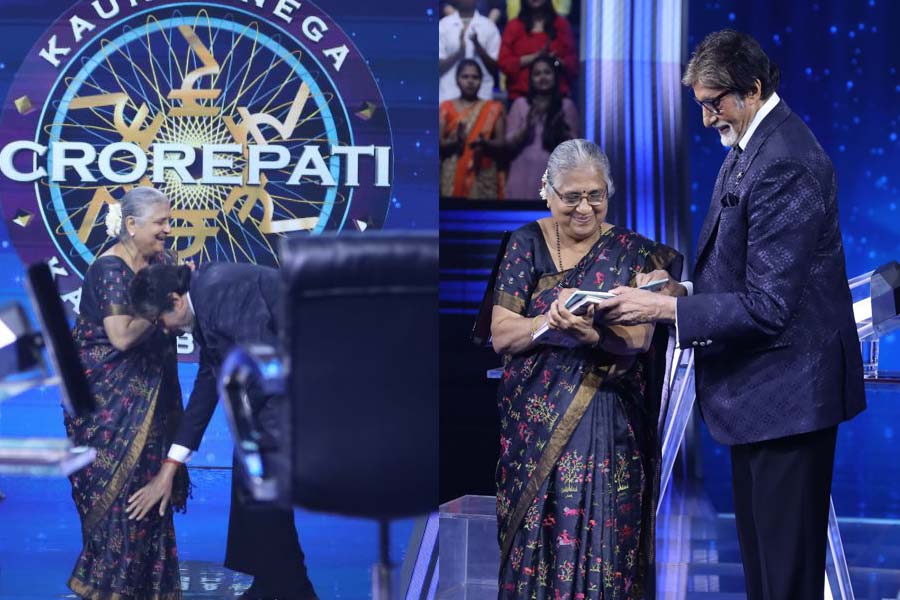 While looking at Sudha Murthy only one name clicks in our mind and that is Mother Teresa who was so simple but still, she dared to do anything on her terms and without any fear. Yet another name has been added to the list now, yes we are talking about Sudha Murthy. Just one word for her ‘simplicity’ which is what describes her whole persona. She is a simple lady with a badass attitude. No one can even imagine just by looking at her that a woman who wears a simple cotton saree has a bold attitude from inside and a motivation to do anything in life that involves challenges.

She is a woman with multiple talents

If you do not know about her, then let me tell you. Sudha Murthy is a woman with multiple talents. She is a renowned author, philanthropist, and chairperson of the Infosys Foundation. Today, she is 69-years-old but her dreams are still so young and inspiring.

She will be the guest for the final episode of KBC

Sadly, Kaun Banega Crorepati 11 has come to an end now. It will air its final episode on Friday, November 29, where Infosys Foundation chairperson and wife of Narayana Murthy will be the special guest.  As usual, Amitabh Bachchan will be hosting the show with his grace and vibrant personality which will add some extra flavour to the episode.

Also read: Padma Shree Awardee Subhasini Mistry Did So Much To Build A Hospital for The Poor Without Having Funds and Back Support

Teaser on Sudha Murthy excites everyone to watch the show

Recently Sony TV has shared a short teaser video on Instagram which shows Mr. Bachchan describes Ms. Murthy as a social worker with for her Infosys Foundation. The video has also shown how Ms. Murthy attracts everyone with a short inspiring anecdote from her college time and her work as a philanthropist. Teaser has received 4.5 lakh views and a large number of comments. The video or teaser by Sony TV has been shared on Instagram one day ago. The video has got over 58,000 views and a ton of comments.

She was the only girl to study among 599 boys

She also shares in the episode that she was the only woman to study among 599 boys during her engineering days. She also told that she had been conditioned by her principal to continue her studies in the college which has more boys than girls. One of them was to wear a saree, she was not allowed to go to the canteen and talk to boys even.

Also read: How Indra Nooyi Inspired Me To Achieve My Goals