RIP, Sulagitti Narasamma: A Selfless Soul Who Helped to Deliver 15000+ Babies without Charging 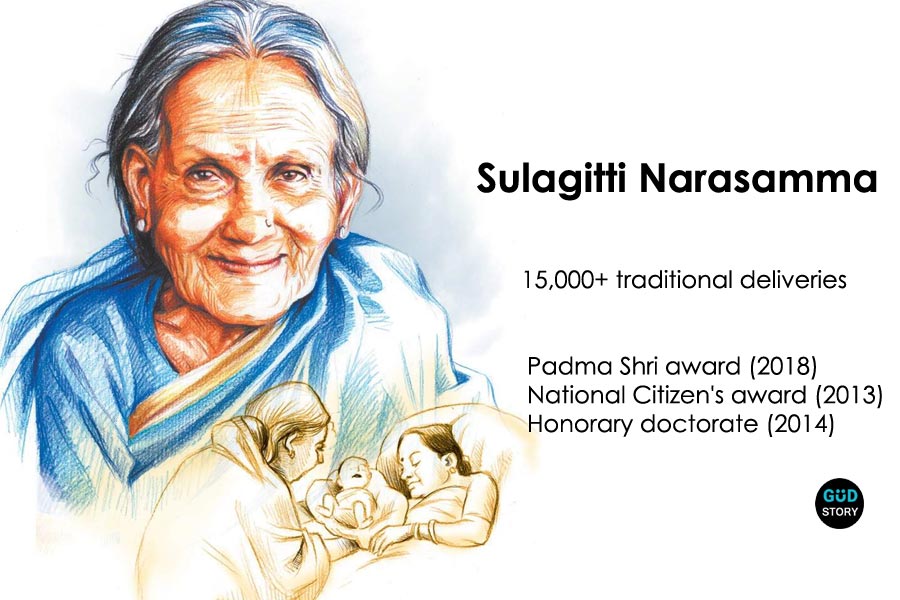 At the age of 98, one of the most selfless soul who helped to bring new lives in the world, Narasamma a midwife breathed her last breath on December 25, 2018. Sulagitti Narasamma was merely 20 when as a midwife, she delivered a baby in 1940. For a long period of seven decades, she delivered more than 15,000 babies and provided her services without charging a penny.

She was truly dedicated and diligent at her work and was a kind soul. This grand old lady got her the much-deserved title Sulagatti and this means ‘delivery work’ in Kannada.

What is more beautiful or charming rather than indulging in the kind and pure work of bringing new life to the planet.

Till 2007, Narasamma was a common household name in Krishnapura. But it was the authors Annapoorna Venkatananjappa and Ba Ha Ramakumari who observed her work and nominated her for a district-level award.

Various media houses got their news feed from there and after this, there was no looking back. In 2014, after 74 years from her first delivery, she was awarded an honorary doctorate from Tumkur University making her Dr. Sulagatti Narasamma.

Her efforts helped her to rise and shine and get national recognition in 2018 when she was awarded the Padma Shri.

As per the information from her family she had the opportunity to excel in her skills. They told that various members from nomadic tribes would come to a village and take shelter. She had a heart of gold and without charging them she would help them and in return, they thought her preparing natural medicines for pregnant ladies.

This was very important for her success and it thought her to check the pulse of a fetus, health of the fetus and also the position of the fetus she was nothing less than the ultrasonography machine.

She herself was a mother to 12 children and 22 grandchildren; Narasamma led a full life that was also full. Owing to her work it was crucial that she is healthy and full of energy. To maintain a healthy life she relied on groundnuts a legume-rich protein that was easily available in her district.

The locally available food is always a healthy option and this lady proved it. She also had millets in her diet. Although she was above 90- but never required spectacles and her other senses were also well.

She has passed her legacy and knowledge to 150 students including her youngest daughter, Jayamma, who is also a well-experienced midwife.

She was the oldest midwife and led a full of life and set an example for millions of us who for smallest act need remuneration and she did all with selfless nature and lived a contented and happy life.