Science Declared Supermodel Bella Hadid as The Most Beautiful Woman in The World, Beyonce is on Number 2 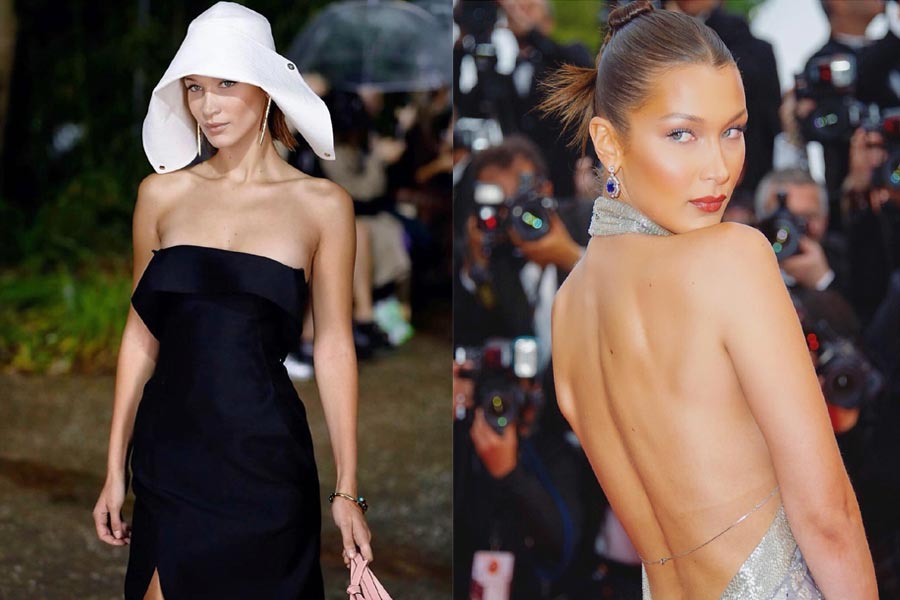 Hold on ladies I know you are jealous as American Supermodel, According to the Daily Mail, cosmetic surgeon Dr. Julian De Silva has declared Bella Hadid as the most beautiful woman in the world, as per the science and scientific standards. I know you must be thinking about that phrase ‘Beauty lies in the eyes of the beholders’, right? No, that’s wrong as science has proven that Bella Hadid is the most beautiful woman and she has got the most perfect features like no other woman in the world.

Not only she, Beyonce to is on the list, but she is on the number 2 along with Amber Heard on number 3 and Ariana Grande on number 4. Let’s discover more about this Greek beauty calculation and its conclusion-

Bella has that ‘perfect face’ as per the scientific study

As per the scientific test, Supermodel, Bella Hadid has been declared as the most beautiful woman in the world as she passed the science test performed by scientists. According to them, she has the perfect face as beautiful features.

Golden Ratio of Beauty Phi Standards- a Greek test comes out to be 94.35% accurate

The 23-year-old was found to be 94.35% accurate according to the Greek calculation for beauty, “Golden Ratio of Beauty Phi” that measures perfection in beauty.

The beauty measurements were conducted by an eminent facial cosmetic surgeon at London’s famous Harley Street. Bella’s eyes, lips, chin; eyebrows, nose, jaw, and facial shape came out to be the closest to the ancient Greek’s idea of perfection.

Beyonce is too on the list, on number second

One of the most famous singers, Beyonce who is 38 years old remains on the number second with 92.44% accuracy; actress Amber Heard was third with 91.85% accuracy. While pop star Ariana Grande comes on number fourth with 91.81%.

Also read: 5 Famous Celebrities Who Never Listened to Anyone Despite Getting Criticised for Their Weight and Still They Got Huge Success in Life

Hadid’s score came out to be 99.7% for her chin according to the Mathematical formula

According to the mathematical formula used by Silva to calculate her beauty score, it came out to be 99.7% for her chin which is only 0.3% away from perfection.

How beauty was measured?

Computerized mapping was used by the scientists to calculate beauty measurements

Silva has made use of the computerized techniques to map Hadid’s measurements. He also said a person is considered to be more beautiful if the numbers come out to be equal.

Also read: 7 Celebs Who Shoot to Fame by Leaking Their Private Clips