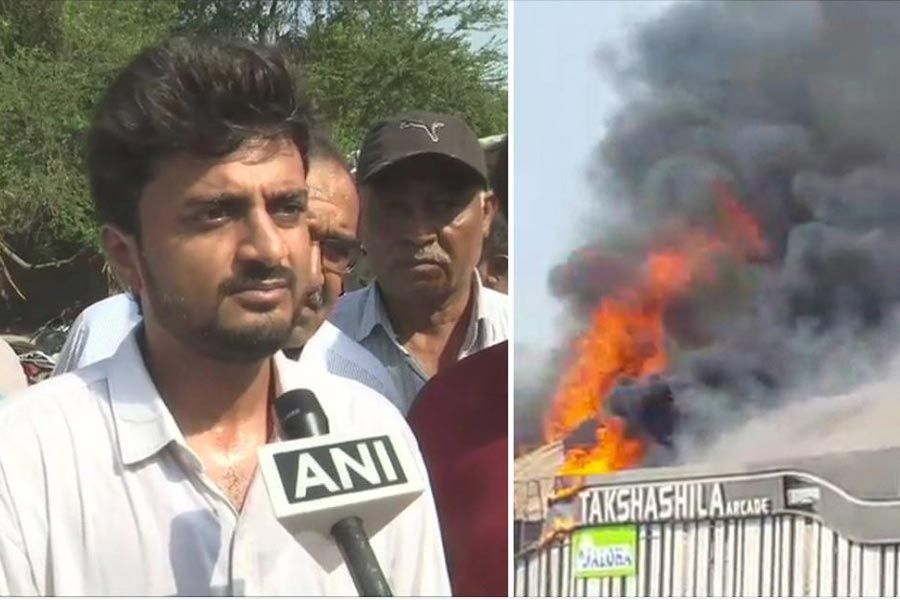 Life is so unpredictable we never know as what is going to happen next. This is what exactly happened at Surat, Gujarat where a very tragic fire incident took place which has put student’s life at stake as nearly 20 students were killed off the fire and many were injured. The fire incident took place at a coaching centre located in Surat. The smoke was gushing out of the window and students were trying to very hard to save themselves from the fire. They were seen jumping off the top floor of the building to escape from the fire.

The shocking footage of the horrible fire accident has created a storm over television and other social media platforms. Let’s have a deeper look at what has exactly happened and how this brave man ‘Ketan’ managed to fight with fire to save the precious life of the students.

Recently, a video clip has gone viral over the internet which shows how a brave fighter ‘Ketan Jorawadia’ trying to help out the students to get out from the building safely. The young and fearless man was seen climbing out of the building in the video.

Putting his life at stake, the man did not think about his life while he was trying to save the life of the students. He tried hard to save a girl who was trying to climb down from the building but unfortunately, he was not able to catch her and she felled down.

However, he managed to save another girl and the third person getting down from the fourth-floor window of the building by putting them safely on the edge of the building.

Expressing the grief towards this fire accident, many great leaders also tweeted to praise the bravery of this man.

A Twitter user shared the picture of the man and captioned it, “This boy is Ketan Jorawadia who managed to save the life of two girls from the massive fire in at a coaching centre in Surat.

Meet Ketan Jorawadia, the man who saved atleast 2 girls from falling in Surat coaching fire. The fire & smoke was scary instead this boy stayed at the 3rd floor & saved 2 girls from fire.

My heartfelt condolences to children who lost their lives in the tragic incident in Surat yesterday. Very proud of Ketan Jorawadia, who showed exemplary courage and saved atleast 2 children from falling in the fire. pic.twitter.com/dNW1qjb75o

Ex-cricketer VVS Laxman too has appraised the young man’s effort. He wrote, “My heart condolences to children who lost their lives in the tragic fire accident in Surat. Feeling so proud of Ketan Jorawadia who showed so much courage and save the life of 2 children from falling in the fire.”

Extremely anguished by the fire tragedy in Surat. My thoughts are with bereaved families. May the injured recover quickly. Have asked the Gujarat Government and local authorities to provide all possible assistance to those affected.

PM Narendra Modi has also expressed his grief over the horrifying fire accident. He wrote, “My thoughts are with bereaved families. May the injured recover quickly. He has also asked the Gujarat Government and local authorities to provide all possible assistance to those affected.”

Deeply anguished by the loss of lives due to a tragic fire accident in Surat, Gujarat. My condolences with the bereaved families. I pray for the speedy recovery of those injured. I urge our karyakartas of BJP Surat unit to assist the people in need.

BJP Chief, Amit Shah has also taken this incident on Twitter. He expressed his sorrow on the tragedy happened in Surat. He has asked BJP workers to provide assistance to those who got injured and affected.

We all pray to god for the speedy recovery of all those who got affected by the incident and may God give all the strength to those families who lost their child.