Swara Bhaskar, The Lady With A ‘Bold Avatar’ Celebrates Her 31st Birthday Today 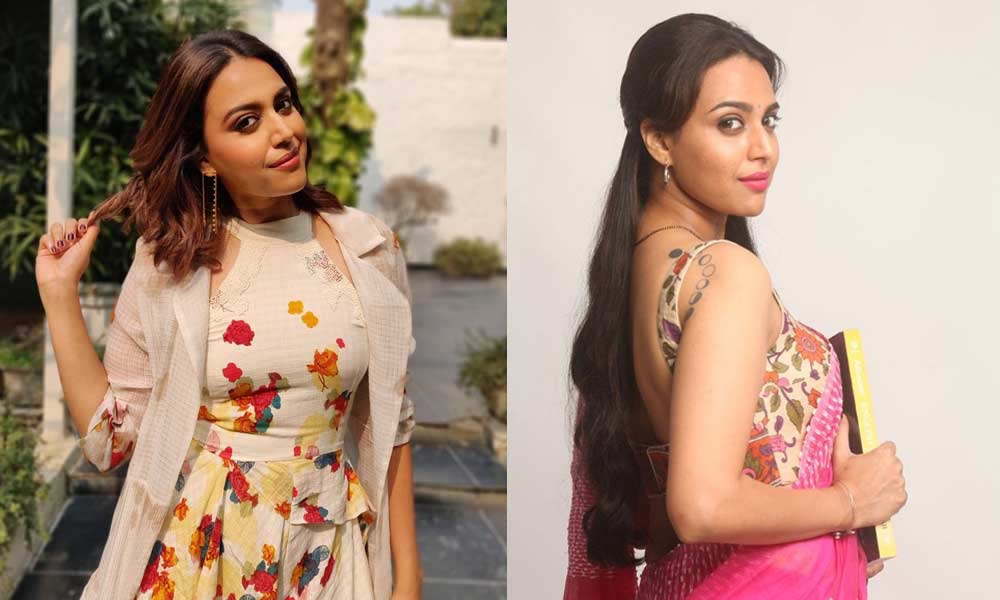 Today, we will talk about that Bollywood actress who looks extremely gorgeous or we can say ‘beauty with brains’ holds true for her. Yes! you got it right we are talking about the one and only ‘Swara Bhaskar’ who is one of the successful Bollywood actresses having worked in top Bollywood chartbusters like Tanu Weds Manu, Raanjhana, Prem Ratan Dhan Payo, Nil Battey Sannata, Veere Di Wedding any many more.

Her role in these hit movies has raised the eyebrows of many people’s due to her bold and upfront acting skills. No one can deny the fact that she always remains in headlines and tweets for her boldness and hot scenes in movies showing us that she is the most ‘bindaas’ girl from our Bollywood.

Many of them even say that she does this to merely have attention from media and fellow colleagues to be in the spotlight. But this is not true because talent does not need cheap gimmicks to get noticed. Due to her strong acting skills, she also got nominated for the Filmfare Award for Best Supporting Actress.

Also, we got to know about her that she is bold enough to play any kind of role as she performed in ‘Veere Di Wedding’ which also led her into controversies later on.

You must be wondering why we are talking so much about her today. It because she was born on this very day i.e. April 9 and we are taking you through her commendable Bollywood journey by giving a glimpse of her some of the rocking movies she has given us.

She started her film career from the movie ‘Tanu Weds Manu starring R. Madhavan and gorgeous Kangana Ranaut in the year 2011. In the movie, she played the role of a sister for the lead actress, Kangana Ranaut.\

# Light all the candles on the cake and let everyone know how old you have become. I wish you a heartwarming belated birthday meme.

She also had performed in the movie named ‘Raanjhanaa’ that made the audience take note of her talent and acting skills. She played the character of Bindiya in the supporting role to Dhanush and Sonam Kapoor that fetched her second Filmfare Award nomination for Best Supporting Actress.

If you’re bad at maths and wait for luck to do the job. This movie is for you.
Watch Nil Battey Sannata on #ZEE5: https://t.co/z2L3WDubbe pic.twitter.com/hsZh7PxpH1

In this movie, she played the character of a high school dropout. She stole the critics’ heart and fetched her first Critics Award for the same in the Screen Awards Presentation. Also, her versatile role in Anarkali of Aara (2017) got her a Critics Award nomination for the same.

Last but not the least her Extremely Bold Movie, Veere Di Wedding

The movie has been directed by Shashank Ghosh. She has played one of the lead roles in the movie along with Kareena Kapoor, Sonam Kapoor and Shikha Talsania.

In the movie, she had also enacted a very bold scene that got her noticed throughout the whole world for portraying the woman sexuality. Did you know it is due to this reason the movie got banned in Pakistan?

So, these were some of the best movies given by her. Some of them have appraised her acting, while some of them even criticized for her immense boldness and the casual character she carries. But she does not pay attention to all what they say and we know that very well.