Telco Reliance Jio Rolls Out Its Broadband TV Landline Combo ‘GigaFiber’ That Will Cost Only Rs. 600 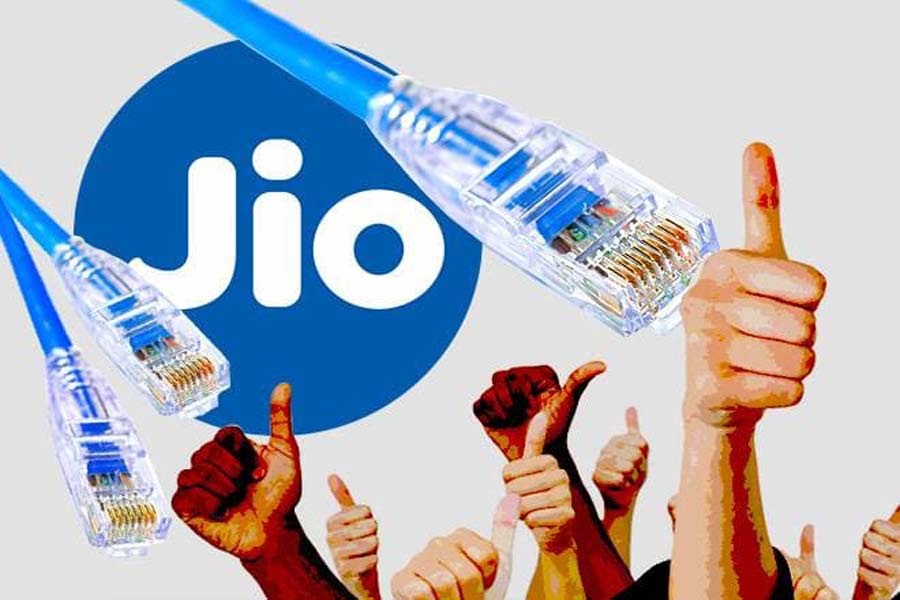 As per the recent media report, the Mukesh Ambani led telecom operator, Jio is about to roll out its broadband service across the country at a very cheap price. Recently, the telecom operator has completed the acquisition of DEN Networks and Highway Cable and Datacom which would help in establishing alas mile connectivity.

The telecom has also said that it would be rolling out its new service across 1,600 cities after performing some successful beta test on the GigaFiber.

The newly launched service is supposed to bring home broadband, entertainment, smart home solutions for both enterprise and household customers.

Managing Director and Chairman of Reliance Industries Limited, Mukesh D Ambani has said few words about its commercial launch of the service, he said that “Reliance Jio is now focusing on making the experience of underserved home and enterprise connectivity better with the execution of its next-generation FTTX services.”

He further added to his views that “Jio services along with GigaFiber broadband services will help transform India with the power of Digital Revolution and reinvent Reliance as a Technology Platform Company.”

Do you know that Reliance Jio GigaFiber was introduced in the month of August during the previous year? The telecom is also testing a ‘Triple Play’ plan for its employees to offer unlimited voice calling, high-speed internet connectivity and free Jio home TV subscription.

Reliance Jio Has a Subscriber Base of 300 Million

Do you know Telco, Reliance Jio has a milestone figure of 300 million subscribers in India due to its cheap and affordable service plans.

In quarter four of the financial year, the company has revealed that it has become the first operator to have such a remarkable number of subscribers in such a short period of time. The report also contained other parameters in which the company was at par with other Telco companies.

How much operating revenue the company has?

So, how many of you are waiting for Reliance Jio’s GigaFiber service?