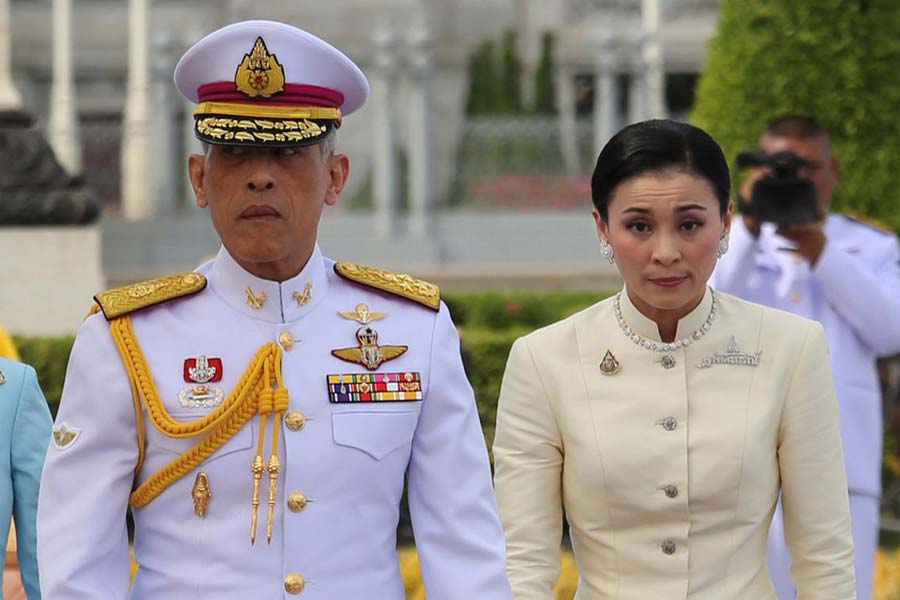 It’s hard to believe that 66-year-old Thailand’s king Maha Vajiralongkorn has married the deputy commander of his personal bodyguard unit, Suthida who is 40-years old. Yes! It’s shocking but it’s true. Not only marrying her, but he also gave her the very royal title ‘Queen Suthida Vajiralongkorn Na Ayudhaya’.

Suthida is expected to participate in some of the coronation events. She was born on June 3, 1978, as Suthida Tidjai. She has graduated from Assumption University which is a private university in Bangkok with a bachelor’s degree in arts and communication in the year 2000, as per the media sources.

Earlier, before marrying the Thai King, she used to work as a flight attendant at Thai Airways before joining the protection unit of King Maha Prince Vajiralongkorn.

In addition, she also held the rank of general in the Royal Thai Army before tying the knot with the king. After that, she got promoted to some higher position in December 2016 by King Vajiralongkorn by royal decree shortly after he took the throne following his father’s death, King Bhumibol Adulyadej.

It was he who designated queen Suthida to the special officer unit of Crown Prince’s Bodyguard Regiment in the year 2013.

The royal queen of Thailand Suthida has also been awarded by 20 royal decrees for her honesty, loyalty and responsibility shown in her service to Prince Vajiralongkorn.

She received the award from King Bhumibol who is the father of the king. After getting the royal decree she was named as Lieutenant Colonel Suthida Vajiralongkorn.

Surely, this wedding is a big surprise to all of Thai’s because they never expected this kind of sweet relationship before in their life previously despite the fact that King has been married and got divorced three times earlier before getting married to Suthida.