The Accidental Prime Minister Movie Review: A Sneak Peak in The Movie 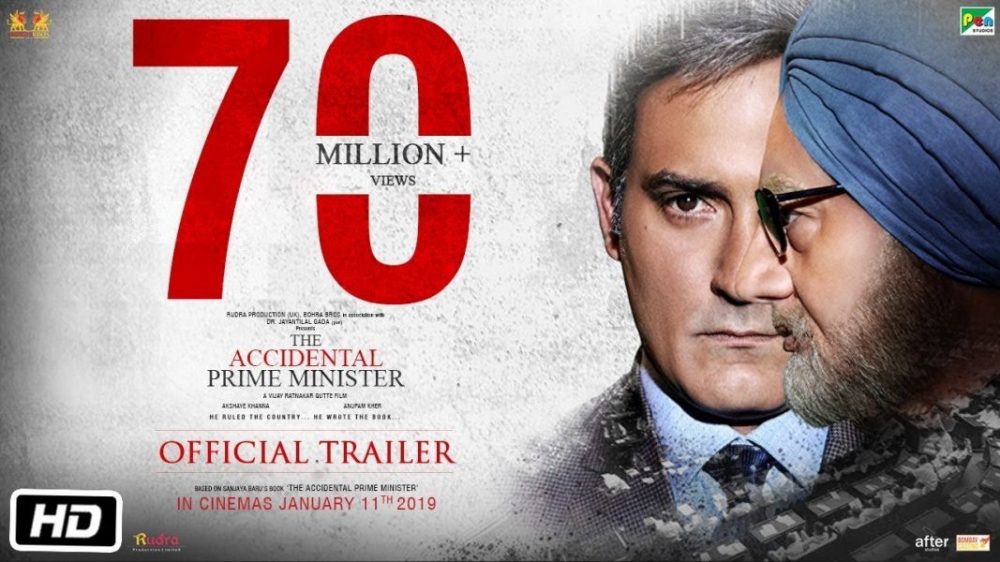 Anupam Kher starrer film the Accidental Prime Minister was basically made to make the former Prime Minister look a weak, spineless man who was nothing more than a puppet who was controlled by the Family. The movie has some finest actors along with Akshaye Khanna, Vipin Sharma, Suzanne Bernet, Munish Bhardwaj, Arjun Mathur, and Aahana Verma. Vijay Ratnakar Gutte has directed the movie.

A book with the same title has picked the story. The movie is about the story that is very personal during the UPA rule when the prime minister was Dr. Manmohan Singh and Sanjay Baru was his media advisor.

The film has carefully honored the former Prime minister but has portrayed him as a weak man who was controlled by the family. The words have been blipped but it was evident that film is revolving around Sonia, Rahul and Priyanka Gandhi.

The movie was well desired by the audience but still, it lost its way to impress the viewers. The movie had no art or craft. Even the finest actors Kher and Khana could not help much and appear just as caricatures.

Kher never appeared to be taking the grip he was always a very week and nervous. His voice was shaky and never once it could be believed that he is playing the man who held the chair of Prime Minister for two full Lok Sabha terms.

Khanna who is playing Baru tried to score a point and turns around the audience to address them and break the illusion or ‘reel’ and ‘real’. he looks great and person of power in his sharply tailored suits and with his smug and smirks he tries to hold the script.

He has access to corridors and lanes of power to which very ministers even from the top front have access to. The movie was more about Baru than the PM himself and thus could have been made with his name.

The stir that it created was not worth it and has no script at all. The movie will disappoint you and can be claimed as a movie that one will watch accidentally.

REVIEW: #TheAccidentalPrimeMinister is so incompetently crafted, terribly performed and transparently petty that it isn’t even pathetic enough to be panned as a “propaganda” movie. Read @ReelReptile‘s take: https://t.co/HQO2Eri4Yd

Mother of all Reviews: Dulari’s Review Of #TheAccidentalPrimeMinister. Her first sentence was frightening. “ऐसे कोई acting करता है?”?. She almost acted me out. But what followed was a great endorsement. After all these years Mom is relieved that I can act. ???#DulariRocks pic.twitter.com/YIlg3LxNlb

Somewhere in Bengal, a man returns to his home after “attempting” to watch #TheAccidentalPrimeMinister. pic.twitter.com/kipA8KFGha

“Kher minces through the film, his voice reedy,thin,shaky,his body language nervous and unconfident:at no point does Kher’s Singh look like a man who inhabited the PM ki kursi for two full Lok Sabha terms with any conviction.”
Shubhra Gupta(IE) on #TheAccidentalPrimeMinister

#TheAccidentalPrimeMinister speaks truth that happened between 2004-2014.@AnupamPKher sir #AkshayeKhanna carry the movie very swiftly,5⭐ to both.
Must watch to all people who has interset in currnt politics.
Movie shows how our former PM was helpless between #italylady & son pic.twitter.com/VJMv1Fg0Ts

Dear @AnupamPKher Sir, yesterday I watched ur movie #TheAccidentalPrimeMinister with my husband…It was an amazing movie..Hats off to u n #AkshayeKhanna n all other actors for their realistic n fabulous acting..this is really very tough to portray someone on reel. Superb! 9.9/10

Rating given by Presstitute @ndtv …??? pic.twitter.com/uS8XYnYaYE