The Apple Timeline – From Bankruptcy To A Trillion Dollar Company 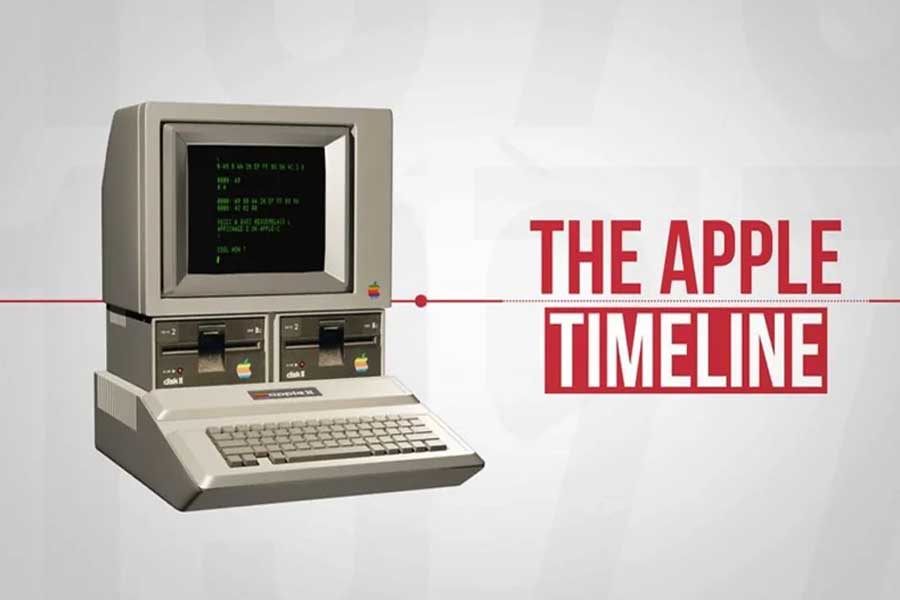 With its share price soaring to an all-time high, Apple has now become the first-ever public sector company to reach a market valuation of 1 trillion dollars. While you try to figure out just how many zeros follow 1 in that sum, should you also know that this is the same company who battled the brink of bankruptcy in 1997?

Over 20 years since then – and an eternity long legacy of Steve Jobs – few would have really thought that Apple would emerge to be a culture-defining entity, literally pushing human race ahead. After all, they started as just another computer manufacturer.

You know the story is epic when tens of movies are made, and books are written, on it. But, in case, if you’ve missed the outstanding titular performance of Michael Fassbender in ‘Steve Jobs’ (2015 movie), here’s a quick but detailed look-back at the memory lane:

Is it too high to touch?

Following the latest grand feat, the hushed talk, in the Silicon Valley, in particular, is now centered whether the iPhone makers have set the bar too high for others to match. You can easily antedate the risen browse at Amazon, Alphabet, and Microsoft, all of which are right behind in the ranking but with a large margin in between.

Indeed, a trillion mark is grandeur in every dimension. But so was the one and a hundred billion USD marks when first crisscrossed. In 1901, US Steel Corporation became the first company to touch the market valuation of one billion US Dollar. 86 years later, in 1987, IBM became the first-ever $100 billion company.

Both the figures, once, looked too big to touch. Could this be the same with the latest 1-trillion-Apple-feat? The tech-giant has perhaps opened a new door for others to barge in.

Theoretically, with ambitions high and the right strategy, any company can grow to touch the trillion-mark. But in practical terms that are more in line with the world’s reality, the task-at-hand is extremely tough. Feasibly not for the giants in the upper echelon like Google, Microsoft, Facebook and Berkshire Hathaway, but at least for thousands and thousands of other companies who are just as innovative and culturally impactful as Apple.

And now we’re here, at this terminus, with the first-ever public sector company with a valuation of over $1 trillion. Could we really imagine a very small population of elite dreamers who could possibly dare to chase this trillion-dollar ambition? Very unlikely.

Building a business comes with a natural lifecycle that no amount of grind can shorten. This is exactly why patience still stands as one of the cornerstones to successful entrepreneurship. Apple is built over generations. Of course, there are plenty of exceptions to this traditional theory.

We’ve heard stories of how Groupon made over a billion-dollar in revenue in just 2.5 years, how Pierre Omidyar and Mark Zuckerberg took just 3 and 4 years respectively for their personal valuation to cross USD 1 billion marks.

However, even when soaking the motivation from such aspiring stories, the idea of a one-trillion-dollar-company still is far-fetched for even the brightest of entrepreneurs. That’s six added zeros following one million—a now-small territory that so many of us still chase. But let’s not end on a morose note and let’s give practicality a minute of rest.

The team at Apple has done it. And so can anyone. In the end, these are just numbers that are set to be crossed. Million, billion, trillion or even quadrillion—no figure can really constrain a big idea, bigger goal, and biggest commitment.

Everything You Need to Know About Advertising in Los Angeles

Can You Get a Personal Loan Approved on The Day You Apply?