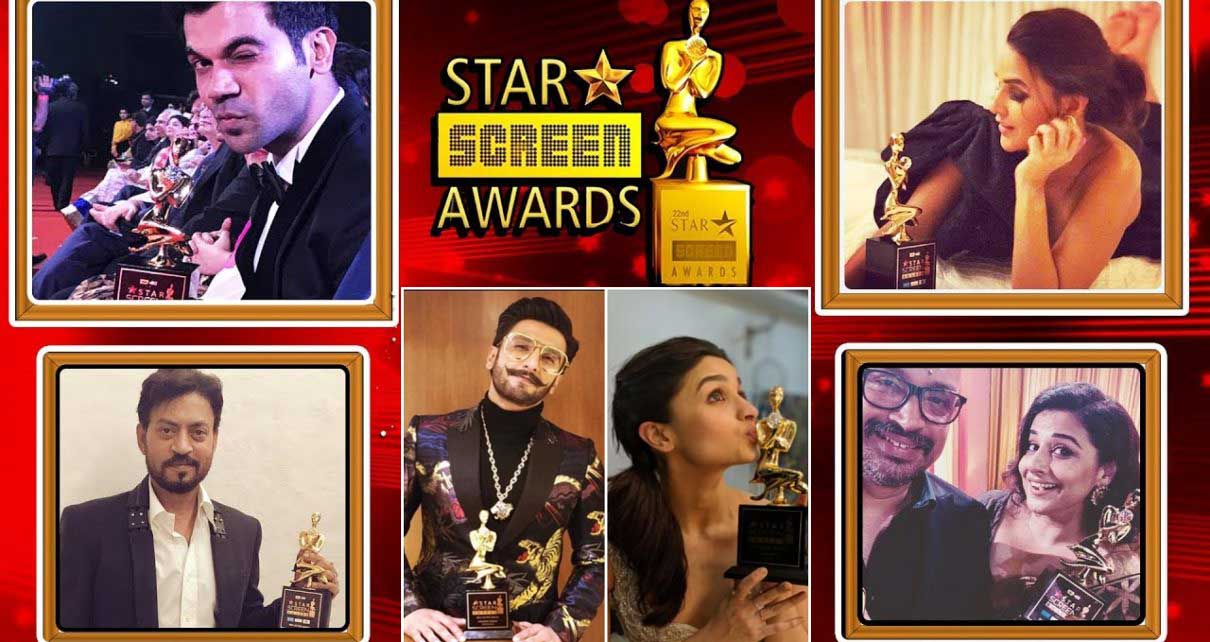 It was a glittery night as Bollywood had come together for the Star Screen Awards, last night. The same will be telecasted a little later on the television, but the videos and the list of winners made their way to the social media.

The celebrities and the stars from B-town had set the stage on fire. The performances were captivating and the bond of friendship between Alia and Katrina was to be cherished, it was an eventful night.

The movie of the year was Raazi as it had won 5 awards, and Alia Bhatt was decided as the Best Actress for the year. The awards broke the usual scene of the Khans only getting the limelight but it was movies like Badhaai Ho, AndhaDhun and Stree who got the all the buzz and awards.

The three Khans were just the part of the audience

Well, what was usual in the award ceremony was a man thanking a lady for her support and love for helping him to achieve success in life. Yes, the words were heartfelt and so was the gesture as Ranveer left his wife teary-eyed after his winning speech. He was awarded the Best Actor for his dynamic role as Khilji. 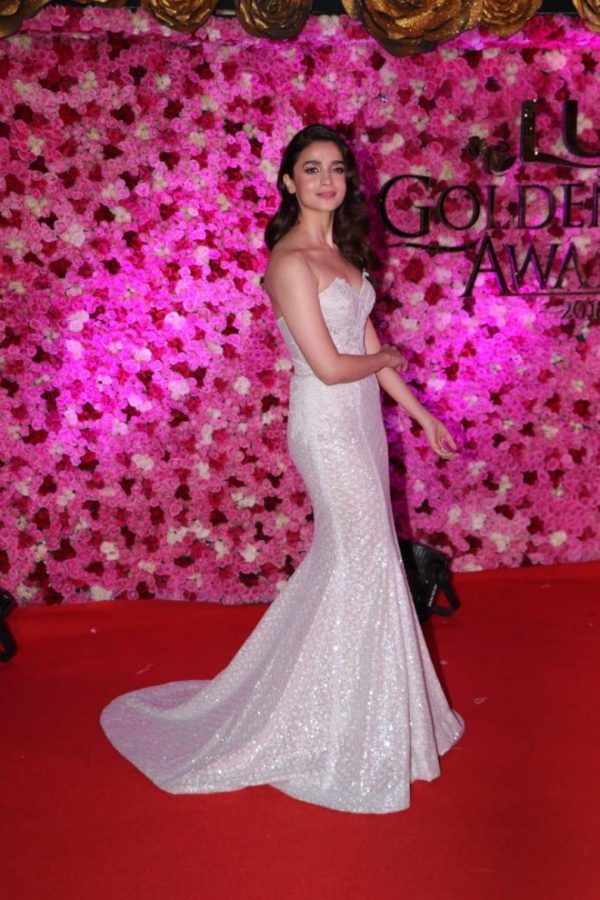 The two beautiful girls appeared on Koffee with Karan on different episodes and have done away with their differences. The present lady love of Ranbir Kapoor is Alia Bhat whereas, Katrina was his ex.

They admitted that they share a good bond in spite of the Ranbir factor. Thus two heroines can be good friends. 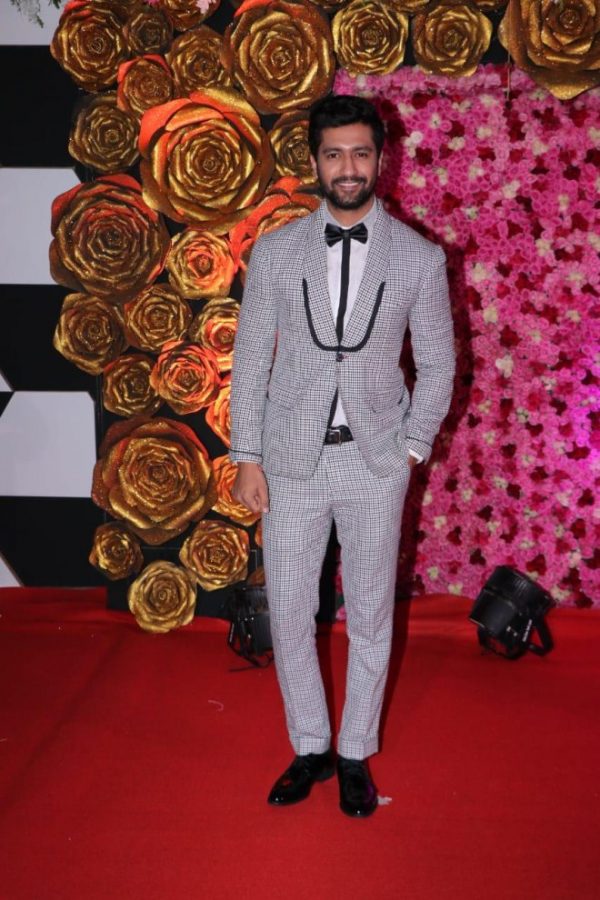 He is definitely cuteness redefine. The way he cutely fainted on the set of Koffee with Karan after knowing the fact that Katrina desires to work with him. The two actors were seen together and Vicky helped Katrina to get on stage as Ayushmann Khurrana was observing them, a true gentleman is Vicky. 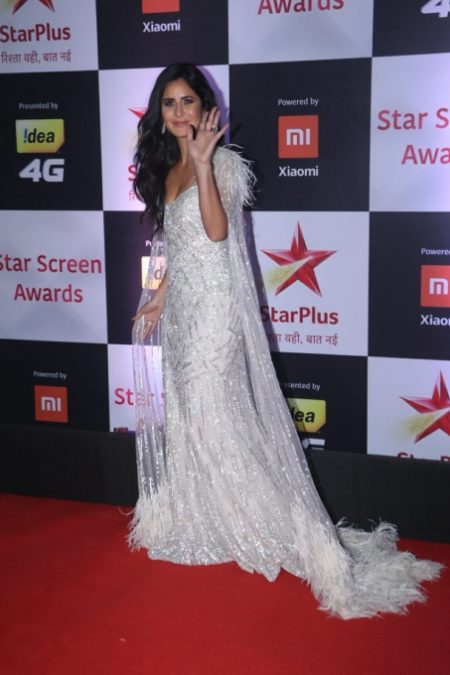 The actress won the best real star award on social media for he debuts on Instagram, she gave a heartfelt speech and thanked everyone for their love and support through her entire journey. 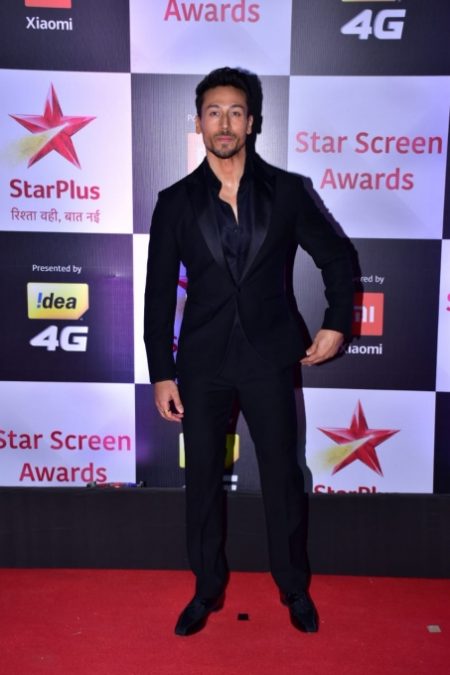 He grooved and got the audience also tapping with him. His silver shimmering outfit and the dance was the epitome of attraction for the night.

The show will be on-air on 31st night and thus all the stars were on stage to ring the new year with the final countdown.

Here is the complete winner’s list of the award show: