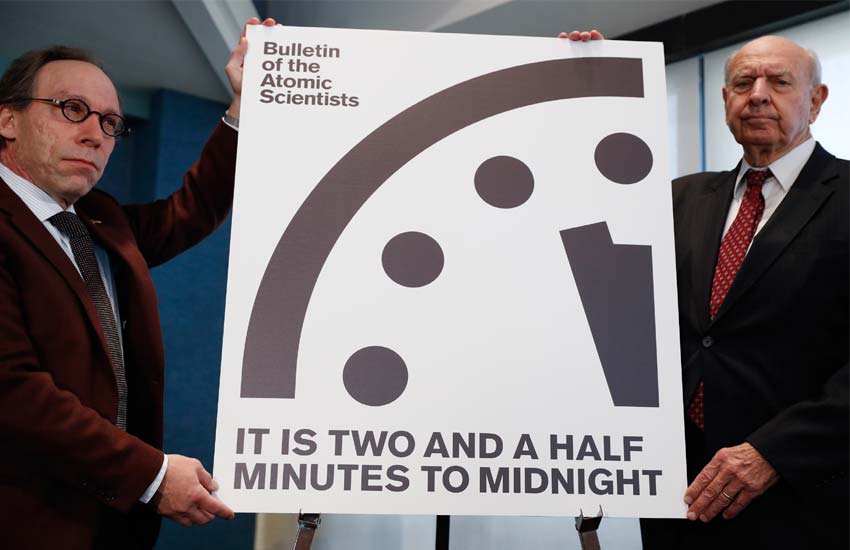 In the continuation just like the previous year, the Doomsday clock stooped two minutes before midnight, and this led to big-time chaos amongst the scientists. Chicago, it is often said in the religious books that “parlay” or “Qayamat” or “doomsday” will the day come.

However, a team of 15 scientists from the Scientists and Security Experts who are winners of the Nobel Prize has claimed the doomsday could be a possibility.

They claimed in a presentation on Thursday at the ‘Bulletin Of Atomic Scientists’ whereby they expressed their concern that human clan is in danger.

There is a possibility that all could end due to nuclear war or changes in the air and water composition of Earth. They presented the Doomsday clock in front of the audience and said that for two continuous years the clock is stopping 2 minutes before midnight and this is a very omen or indication. 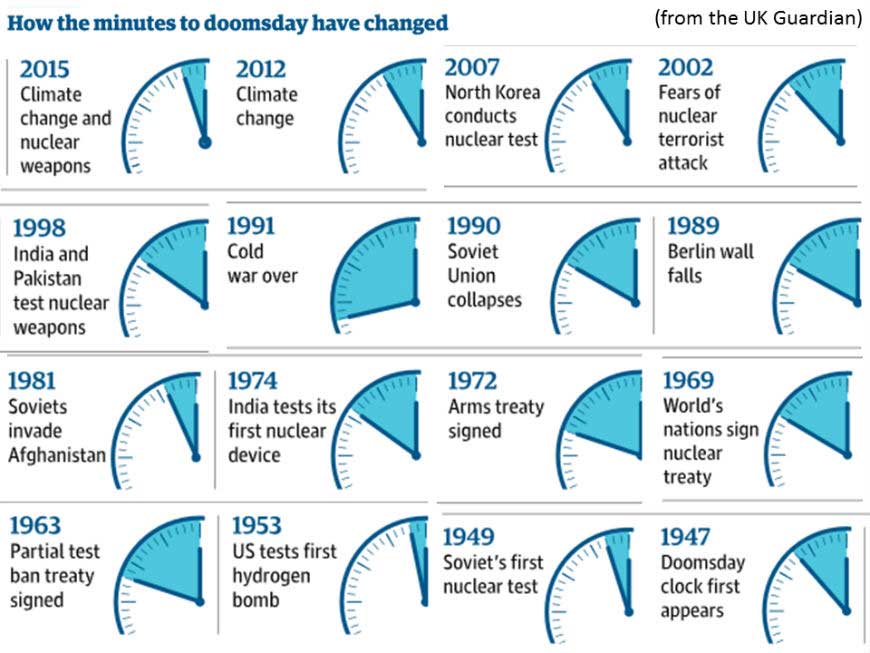