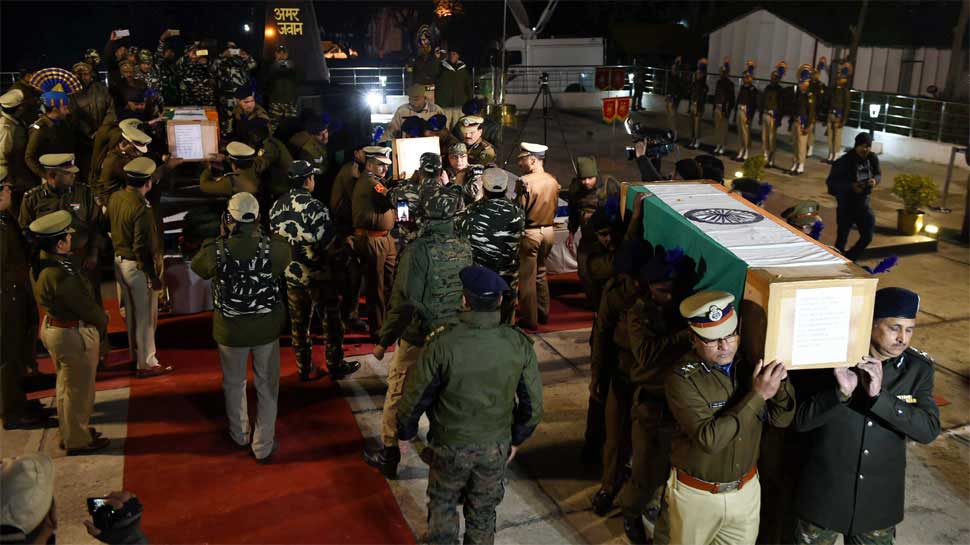 The martyrdom of the 40 CRPF soldiers has shaken the nation. Our eyes are wet and till date its revenge that we desire. Sadly this was the biggest act of terrorism but if we see the figures of the soldiers who in the three years have laid down their lives for the protection and honor of our motherland.

The last three years many young officers and soldiers from the armed forces martyred in the valley fighting the terrorist. Our heart goes with them and there are no words that can comfort the family who has lost their near and dear ones.

The officers who were martyred had small kids here are few such stories were the fathers could not contribute in the upbringing of their child and have left the journey incomplete as their love for the nation comes first to them.

In September 2018, he was martyred. The hero of surgical strikes posts the URI episode that claimed the lives of 18 Indian soldiers. He hailed from Punjab’s Gurdaspur and was a part of the elite special forces that conducted the surgical strike.

His wife and a 5-year-old son survive him. He killed three terrorists in the Jammu & Kashmir region and he got shot in the head and succumbed to death.

He martyred in the recent Pulwama attack on the 14TH of February. His news has engulfed his family in sorrow. He is a father to a two-month-old infant girl and had joined duty after spending a holiday with family.

His daughter will never know him nor understand what it means to have a father or the special bond, all we pray is that the girl and the family stay strong.

The CRPF head Constable Sukjinder Singh had a conversation with his family hours before the terrorist attack. His parents, wife and a seven- month old son survive him.

God had blessed them with son after seven long years of marriage. Head constable Sukjinder Singh had joined the army at the age of 19 and was the sole breadwinner of the family.

In November 2017, the brave soldier was martyred while fighting the terrorist in the Handwara Valley. His picture along with his 18-month-old daughter has gone viral and we feel sorry for the little angel who could not learn the lessons of life from her father.

Recently, Major Akshay Girish Kumar 6-year-old daughter shared her lessons about the army that she had learned from her father and this left people with wet eyes.

Little girl Naina remembers what her father used to tell her about the army when the mother and daughter had accompanied him to posting. He died fighting the terrorist in Nagrota in Kashmir Valley, in December 2016.