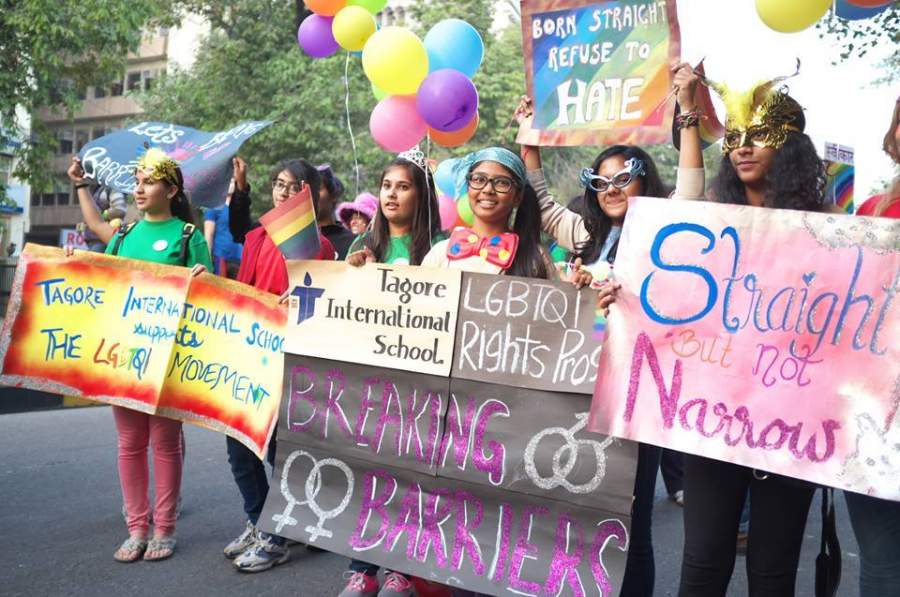 Have you ever fallen in love with someone? I am sure of course you must have. Love is a beautiful feeling which can only be felt and expressed. It has no boundaries to be very precise. You must have heard of LGBTQ which is Lesbian, Gay, Bisexual, Transgender community, which is celebrated all around the globe in June every year to recognize the sweeping impacts of the LGBT individuals. Across the nation, many series and events take place for celebration.

The reason why LGBTQ Pride Month is celebrated in June is to commemorate the riots held by members of the LGBT community against a police raid that took place at the Stonewall Inn in New York City on June 28, 1969. After the riots have happened, it also paved the way for gay liberation and so their LGBT rights. So, to celebrate this victory, every year LGBTQ is celebrated in June which is also known as the pride month for this community.

Most of the individuals still criticize the gay community, let’s see what Indians have to say and what they feel about LGBTQ?

Indian citizens who are identified as homosexuals are presented in front of everyone through the special mention in books or poetries using a factual imagination. To let you know, Ishmat Chugtai who is one of the famous Urdu writer, who wrote a short story, Lihaaf, where she was asked to apologize for depicting the obscene scene between two women. Though her story got criticized, she hasn’t failed in fact, her story made her won the title of a provocative writer of corrupt books.

You can also read: 5 Golden Rules of Live-in Relationship To Know Before Moving-on

Though everyone wants to talk about homosexuality like her, very few of them muster their courage to present in front of someone.

The NGO, Naz Foundation has filed a Public Interest Litigation (PIL) in 2001, in Delhi Court to make the physical relation between gays legal in the eyes of law. After a long time, the court has finalized its decision in the favour of gays and has decided to decriminalize homosexual acts. And finally, the Supreme Court has legalized homosexual acts by scrapping down section 377, in September 2018.

You can also read: 8 Differences Between The Boy You Dating and The Man You Going To Marry Will Tell You Whether He is Perfect or Not

It was all possible due to the fight and the struggle faced not only by the NGO but also by the common individuals who also fought for their rights by participating in the marches and parades.

India’s first pride parade was held in Kolkata in 1999 when 15 LGBTQ activists took part in Kolkata Friendship Walk.  Thereafter, these movements were also adopted by other cities as well who host their own pride parades for the LGBTQ community.

You can also read: 6 Types of Love I Bet You Must Have Experienced Once in Your Lifetime

India is also coming out of the closet, where most of the individuals have the stereotypical mindset related to same-sex marriage. But now it is also trying to accept them and love them like normal individuals. Abolition of Article 377 from the Indian Constitution is the real example which shows that loving anyone of the same sex is no more a punishable offense now. They also have exclusive rights to make and receive love.

You can also read: 5 Things Girls Talk About with Their Girl Gang After Getting Drunk