The Mysterious Story Behind the Suicide of Anthony Bourdain 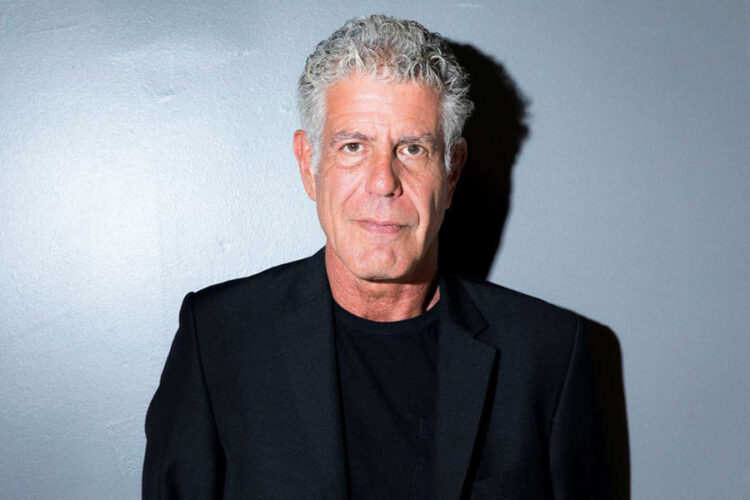 Anthony Bourdain was found dead on June 8, 2018, at Le Chambard Hotel in France. His fellow chef, Eric Ripert, discovered his body and informed the police officials. Eric was shooting for Bourdain’s travel show ‘Parts Unknown with him at that time. He was concerned about the author, Anthony, as didn’t take his previous night’s dinner and the next day’s breakfast. Thus, he went to Anthony to have breakfast but sadly it was too late. As a result, America’s popular travel guide was already dead at that moment.

His cause of death was hanging himself using the belt from the hotel wardrobe to finish his life. The man was 61 years old at the time of his death.

Who was Anthony Bourdain?

Anthony was born on June 25 1956, in New York City. His birth name is Anthony Michael Bourdain. He spent most of his childhood days in Leonia, New Jersey. During his teenage days, he spent most of his time with his friends. He used to enjoy watching movies with them and gathering at the restaurant to talk about the dessert they saw.

The main inspiration that drew him to the culinary world was after he tried an oyster in France during a family vacation. It was freshly caught by a fisherman and cooked in the restaurants. This made him attend Vassar College, but he dropped out after two years. He even worked in Seafood restaurants during his college days.

Then in 1978, he graduated from the Culinary Institute of America. During his initial days, he worked as a dishwasher in most restaurants. After, somehow, he moved to the executive chef position at Brasserie Les Halles in New York City. He gained a lot of experience in the ‘Culinary underbelly.’

An American Chef and travel documentarian wrote about his habits in his book. He had a great addiction to heroin and other drugs. Such drugs are cocaine, LSD, and psilocybin. In the 1980s, he struggled with such habits and couldn’t work properly in restaurants. This clearly shows that the man had a troubled past. He mentioned in his book that his heroin addiction would have killed him at 20.

But somehow, the man came out of such a heroin addiction. Still, he suffered from mental health issues after coming out of addiction. Thus, no one could guess what was running in his mind during his final moments. He had many personal struggles, and his sudden death shook the entire culinary industry. But some people were not surprised by Anthony Bourdain’s death. Today, most of his friends and fans miss Anthony a lot.

How did Anthony Become a Celebrity Chef and Author?

In 1999, Bourdain released an eye-catching article about culinary secrets in ‘The New Yorker’ named ‘Don’t Eat Before Reading this.’ This article became a huge hit in 2000, and thus, it made him write a book named ‘Kitchen Confidential.’ His book became a best-selling book that made him achieve success by starting ‘A Cook’s Tour.’ Such a book even became a series and made him famous worldwide through the show ‘No Reservations.’

He achieved great success in the culinary world through his writing skills. Through his honest depiction of different cultures and cuisines worldwide, he became famous globally. The man even explored many unknown culinary cultures worldwide as a tour guide.

Some of the top shows of Anthony that you should watch include,

He wrote many books as well and some of which include,

The man was popular for appearing in a movie named ‘The Big Short.’

The author was staying happy until he met Italian actress Asia Argento in 2017. He met her while shooting for his Rome show ‘Parts Unknown’          . Anthony married and divorced for the first time. Again, he ended with separation for the second time. But still, he is ready to romance Argento.

After that, he struggled with his mental health and tried to commit suicide many times. Though he had a bright job and popularity, he suffered in a dark world without exposing it to others.

Anthony and Argento had an open relationship, but he was much more possessive of her. Paparazzi photos involving Argento dance with French reporter Hugo Clement became viral. After seeing such photos, we couldn’t guess how badly Anthony might feel. But it is impossible to guess his inner mind’s thoughts during his last moments.

On June 8, 2018, at 9.10 AM, Anthony was found dead at Le Chambard Hotel, Kaysersberg Vignoble, France. Sadly, the cause of Anthony Bourdain’s death was an apparent suicide attempt. Eric saw his body first and informed the officials.

According to the toxicology report, it was clear that there is no trace of narcotics in his blood. But there is only some trace of non-narcotic medication. After his death, his fans mourned and felt bad about the death of Anthony.

In the last three days of Anthony, he browsed a lot about Asia Argento several times. Before the night he died, he texted her He also added, ‘he was not jealous about Argento being with another man.’ But finally, he added ‘she was reckless with his heart which hurts him a lot.’ He also mentioned that Argento was staying honest with him. But still, something hurt him a lot and made him decide his life’s end by suicide.

It has been four years passed since Anthony Bourdain’s death, but still, his family, friends, and colleagues remember Anthony. After his death, Eric and other friends fixed June 25 to be ‘Bourdain’s Day’ to pay tribute to him.