Pulwama Attack 2019: The Parents Of The Suicide Attacker Adil Said, They Are Ashamed Of The Act Of Their Son 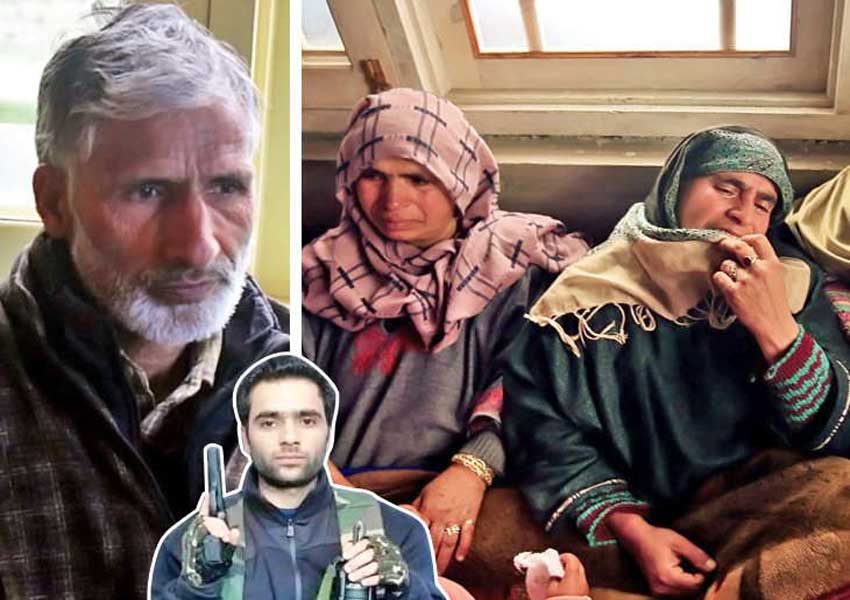 Srinagar, the attack on the convoy carrying CRPF  jawans whereby claiming the lives of 40 Jawans has angered the whole nation. The attack was done by a local youth Adil Ahmad Dar, who was the suicide bomber for the attack. He stays 10 km away from the attack site. His family is in shock and grief and also highly ashamed of the act of their son.

How can one be happy after killing so many?

1. Adil’s uncle Rashid Dar had a conversation with the TOI and highly regretted the act of his nephew and still wonders how can a man be happy after killing his fellow beings.

2. He informed the media house that Adil had left his studies and used to work as day labor on a constriction site.

3. He informed that last year on 19th March he went missing; he along with his brother Sami Dar had made the excuse of meeting their friends.

4. As per Rashid, on that day he along with his brother left home in a cycle and never returned. His parents had lodged his missing complaint with the police.

Received the news of his becoming a terrorist?

1. After a few days of his missing, they got the information that he has joined hands with the terrorists. The family was shocked to see him like this and had posted an online video to ask him to return back home.

2. His uncle also claimed that three back Adil’s inclination towards religion had increased. In the year 2015, he became Hafiz and then went ahead to memorize the whole of the Quran. They were seeing him progress in the way of religion but could never think that he could become a terrorist.

Why was Adil selected for the attack?

1. Adil Ahmad Dar was not quite famous and was counted as a Grade C terrorist. He had the courage to attack the convoy that was just 10kms away from his home.

2. Jaish-e- Mohammad, has opted for a new plan to attack and destroy the peace of the country. They are misleading the youth and making them commit heinous crimes. They are manipulating them and feeding hatred in their mind and souls so that they become hardcore criminals and commit the attacks, which claims the lives of others and also theirs.

3. The Valley has been witnessing the Operation AllOut and due to this many big Commandos have died, therefore the need of young men to join the terrorist group has increased. They are recruiting the young boys and feeling hatred in their minds for India and its people.

4. It was an altogether new strategy whereby a terrorist from grade C was selected to commit such a big attack. It’s a matter of great concern for the Intelligence as the plan and course of attack have been changed.