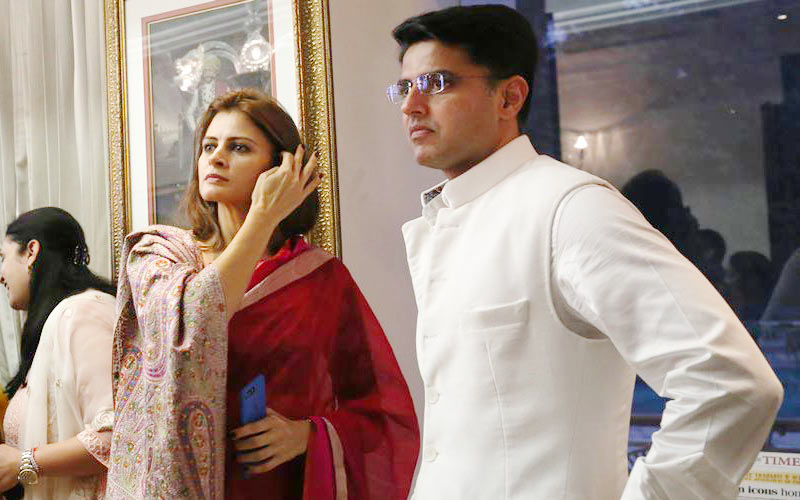 Sachin Pilot is a known political face of the country and son of late Congress leader Rajesh Pilot. He was born on September 7, 1977. In the previous government for a short period of two years her served in the Union Minister of Corporate Affairs.

Presently he is not the member of Parliament as he lost the seat to a BJP candidate. After his graduation, he worked with the Delhi Bureau of the BBC and General Motors.

Sachin pilot fell in love with Sarah Abdullah, daughter of former Jammu and Kashmir, chief minster Farokh Abdullah and sister of Omar Abdullah. Sachin is from Hindu family whereas Sarah is from the Muslim community.

The Abdullahs had issues to their relationship but the duo had fallen in love while pursuing their studies in the foreign land. Irrespective of the objections they went ahead and tied the knot in 2004.

In spite from two extreme religious backgrounds and coming from the different culture they tied the knot in a very simple way. They considered marriage as the union of two souls and did not paid much heed to the religious and the ideological differences. The love was truly blind in their case.

Omar Abdullah has a Hindu wife and Farokh Abdullah has a Christian wife had objected to their relationship and this was quite an irony. Gradually as the family realized the strength of their selfless love accepted Sachin as their son in law.

The couple is blessed with two sons Aran and Vehaan and they live in Ghaziabad. The two come from affluent families and have strong Indian values. For the kid,s they, have expectations of getting them highly educated and also instill them with good family values.

The couple stood rock solid behind each other and in spite of all the hardships they, are still very much in love with each other.