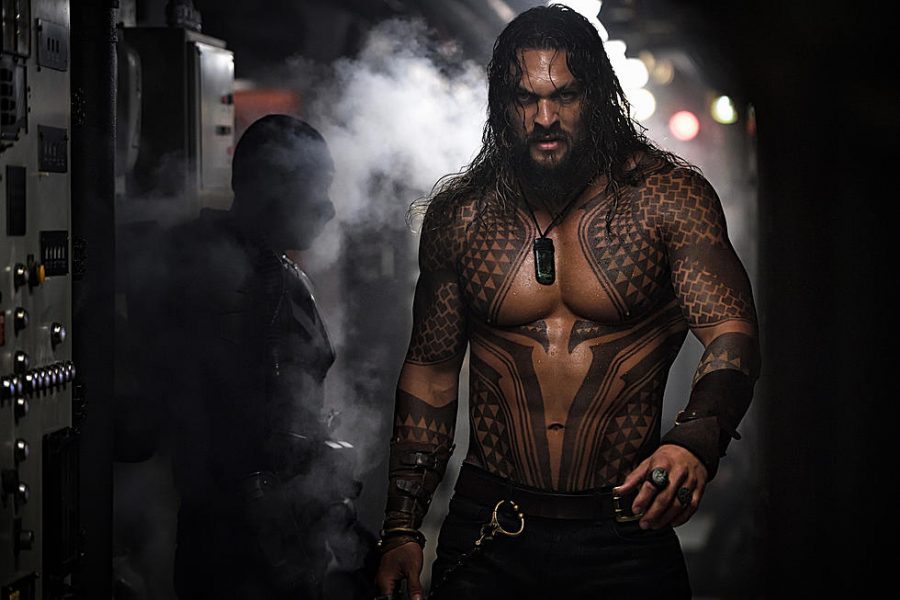 Now, this is a movie that firmly lays stress on gender equality and has the females leads to the movie at par with the underwater superman. The movie also showcased their fight scenes and not just focused on their curves or body. Hats off to James Wan for portraying the women so aptly.

Jason Momoa makes a mark with his role of Aquaman in the DC’s newest standalone superhero film after having appeared briefly in the Batman v Superman: Dawn of Justice and Justice League.

The story is about a king of underwater civilization and begins like all other heroes’ stories do. It’s like any other superhero story being told but it is Wan’s vision that makes it so special and a must watch.

A unitard-clad metahuman (Nicole Kidman) is found unconscious by the keeper of a lighthouse Tom Curry who lives in isolation on an unknown beach for years. The next morning Curry learns that she is Queen of Atlantis, Atlanta.

Curry is totally unaware of the place. She informs him that is on run from an arranged marriage. The next scene shows Curry kissing the Queen. They fell in love and she soon gives birth to their child whom they name Arthur. This is how Aquaman.

This is just the calm before the storm. Then the family gets attacked by a bunch of intruders from Atlantis, who have come to bring their Queen back.

To protect her son and husband Queen leaves for the surface and informs Tom that only their son could unite the two world of land and sea. After this, no one knows what happened to her.

Arthur in his teen discovers his powers and realizes that he can survive both on land and sea. Unfortunately, he gets stuck between the two worlds as he is unwanted by both sides.

He is then informed of his half-brother named Orm (Patrick Wilson) in Atlantis who is about to declare a war upon the surface world and only he could stop him.

There are so many scenes that stand out in Wan’s Aquaman. The scene where young Arthur Curry subsides the anger of a monstrous shark who is about to attack his classmate for bullying their would be king. The particular scene gives an insight into the most.

Love angle abounds in superhero films and this movie is no exception. However, this movie is completely different. The Antlion warrior Mera will not sit in isolation while the Aquaman beats their enemies.

She is in all frame fighting at par shoulder to shoulder with Momoa. The character has been displayed with immense power and is the integral of the story. The rigid dichotomy between Mera and Aquaman’s personality makes their chemistry all the more interesting and gripping.

Mera is focused whereas Momoa is more concerned about his happy hours than rescuing the people. He is carefree, confused and unaware. But is the strong character and guides her man.

Momoa lives to the expectation of Aquaman, with his wicked humor and blazing eyes. He will simply cast his charm on you. The script does at times want him to be Marvel’s Deadpool but Momoa fins his way around the blocking.

With the film, DC has set the way for standalone films and has portrayed the superheroes just like us. They too have their flaws and often give more importance to their selfish goals, and this makes it more appealing. Momoa deserves all the love and has done a stupendous performance.

The films creative supervisors Charles Gibson and Kelvin Mcilwain have to give efforts to give Atlantis a very stunning look. Their work is worth applauding. The movie has few flaws as it was way too stretched.

The movie will make you laugh, warm up your heart and leave you with hope. Here is our take on DC’s new superhero film.

However, it is a movie to be watched and enjoyed.